Russia Must Respond to ‘Baseless’ Reports on Caucasus – Putin 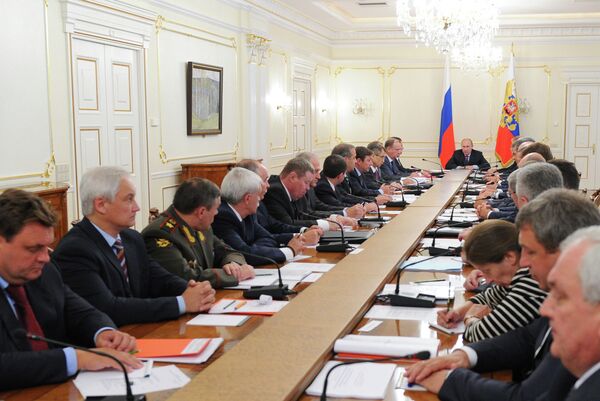 He said that some countries – without naming them specifically – see the North Caucasus as a “foothold” in their attempts to destabilize Russia.

“We also face destructive anti-Russian activities by certain foreign countries and non-governmental and international organizations under their control that still see the North Caucasus as a foothold for their attempts to destabilize all of Russia, to damage our economy, to undermine Russia’s influence and to limit our activities on the international arena,” Putin told Russia’s Security Council.

He emphasized that the country should “deal with such attempts more harshly, to give an adequate response – always.”

“We shouldn’t ignore accusations by certain Western media and reports by international organizations about the so-called widespread abuse of citizens’ rights in the North Caucasus,” Putin said. But “they should look at themselves first. They also commit plenty of violations.”

According to Putin, the North Caucasus still faces security threats, economic problems and widespread corruption despite positive changes, and the region’s main economic indicators are well below average Russian figures. The region has the highest unemployment rate in Russia.

“Despite clear positive changes, the situation in the North Caucasus is improving too slowly. The terrorist threat, security threats have not been eliminated completely,” Putin said.

The Russian president said that more than 1,600 corruption-related crimes, or a dozen of crimes daily, were uncovered in the region from January through June. This year, he said, regional officials have embezzled about 6.5 billion rubles (almost $200 million) from the federal budget.