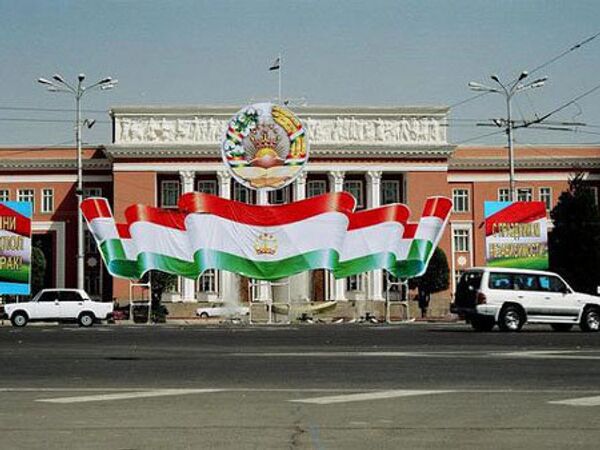 A presidential election in impoverished Tajikistan that has been ruled by an iron-fisted strongman for almost two decades will take place on Nov. 6, an election official said.

MOSCOW, August 31 (RIA Novosti) – A presidential election in impoverished Tajikistan that has been ruled by an iron-fisted strongman for almost two decades will take place on Nov. 6, an election official said.

“A worthy candidate will define our future for the next seven years,” Tajik Parliament Shukurjon Zukhurov said Friday after announcing the results of a vote that determined the election’s date.

Incumbent President Imomali Rakhmon won the previous election in 2006 with 79.3 percent of the vote that was criticized by international observers as unfair.

In the upcoming election, he will race against five hopefuls, including a Communist and a candidate fielded by Rakhmon’s main opponents from the Union of Reformist Forces that includes the Party of Islamic Renaissance, the Social Democratic Party and the Democratic Party.

A former collective farm chairman, Rakhmon has ruled the war-scarred, mountainous Central Asian nation of nearly 8 million for almost 20 years. In 1997, he brokered a deal with secular and Islamist opposition that ended Tajikistan’s civil war that began in 1992 and claimed tens of thousands of lives.

Critics accuse Rakhmon of cracking down on opponents and independent media and driving key opposition leaders out of the country or jailing them on trumped-up charges. In late July, a UN human rights watchdog criticized Rakhmon’s government, citing "reports of politically-motivated harassment of opposition political leaders.”