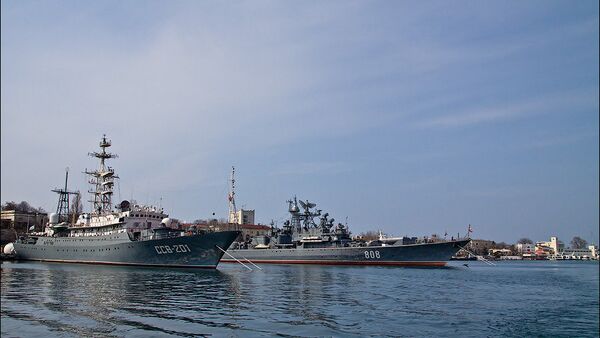 The Russian embassy in Syria said in February there were an estimated 30,000 Russians living in the country, but other reports suggest the figure could be higher.

Russia has six assault ships stationed in the Black Sea that could move rapidly to the Mediterranean Sea if needed, the navy official told RIA Novosti. “Ships from the Baltic fleet and Northern fleet could join them as well,” he said.

Even ships from Russia’s Pacific fleet, which are currently on anti- piracy patrols off the Horn of Africa, could also be enlisted if needed to ensure a safe evacuation, he added.

A UN inspections team is still compiling evidence on the reported chemical weapon attack. UN Secretary-General Ban Ki-moon told journalists that the team will leave Syria on Saturday and release its findings after it has time to analyze the results.

Pending the UN report, several governments have stated they will wait for the team’s findings on whether the Syrian government itself used the chemical weapons. Russian officials maintain that there is no clear evidence that the Syrian military was responsible for the attack, and blocked British attempts Wednesday to get the UN Security Council to issue a resolution against Damascus.

US Secretary of State John Kerry said earlier this week the evidence that the Syrian government was responsible is “undeniable.” Though the US has urged its international allies to push for a strike, President Barack Obama has yet to announce a decision on military intervention.

Possible British military involvement was blocked Thursday after UK Prime Minister David Cameron suffered a historic defeat in a vote in the UK parliament, when a motion calling for a “strong humanitarian response” on Syria was defeated by 285 to 272 votes, The Guardian reported.