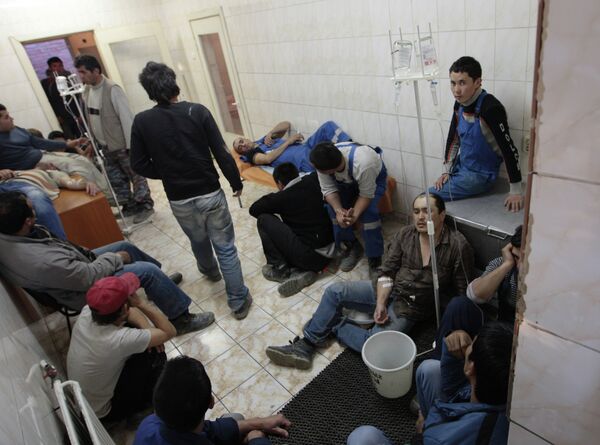 About 300 workers were rushed to the city’s Botkin Clinical Infectious Diseases Hospital on Monday. St. Petersburg’s healthcare committee said seven of them were in critical condition and were placed to intensive care units.

“The company officially declares that as of 14:00 Moscow time on Tuesday, about 290 people were discharged, and ten remain in hospital, all in stable condition and are expected to be discharged tomorrow or the day after tomorrow,” the company said in a statement.

“Meals, provided by another organization, are currently seen as a reason for their illness,” the statement reads.

The company added that the incident did not affect the construction process.