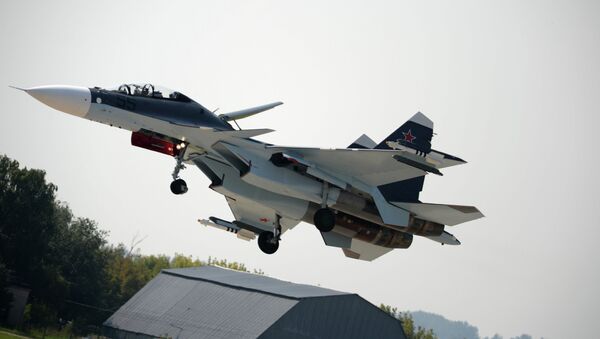 After being delayed twice over the weekend, the final rehearsal of Russia’s MAKS-2013 airshow, involving three new T-50 fifth-generation fighter jets, took place at the Zhukovsky airfield on Monday.

One of the highlights of this year’s MAKS, which will run from Tuesday to through Sunday with daily attendance expected to reach 100,000, will be aerobatic displays by Russia’s T-50 and Sukhoi Su-35S multirole fighter jets. The T-50, currently undergoing tests in prototype form, made its first public appearance at MAKS two years ago.

“The flights took place as scheduled. Everyone flew, including the three T-50s,” said a pilot participating in the airshow.

Before the organizers confirmed that the rehearsals would not proceed as planned on Saturday, Russian tabloid newspaper Moskovsky Komsomolets cited anonymous sources as saying that a series of technical failures had meant that none of the show’s much-praised “star attractions” managed to get off the ground.

The event’s organizers, however, reiterated that the T-50 and Su-35S would perform at this year’s airshow, and that bad weather – including low visibility – was the reason for the delay.