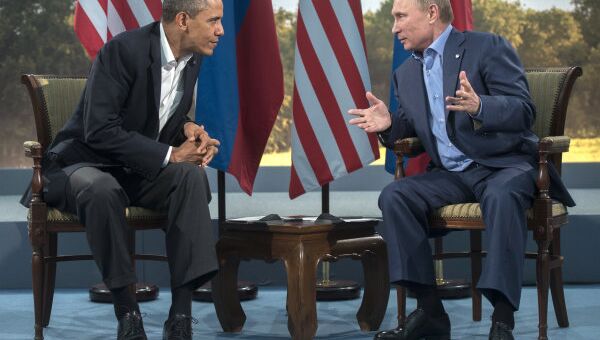 “We have a wide range of interests with the Russians, and we are evaluating the utility of a summit,” White House spokesman Jay Carney told a news briefing Thursday in reference to the two leaders’ planned meeting in Moscow next month, adding that the United States is “extremely disappointed” that Russia has given refuge to Snowden.

Carney declined to discuss if or how Washington might respond in the aftermath of Snowden’s asylum and said that while the White House is examining the value of the scheduled Obama-Putin summit, he did not have any changes in the US president’s schedule to announce.

Obama plans to travel to Russia next month for the G20 meeting in St. Petersburg, a trip which includes the scheduled bilateral meeting with Putin in Moscow.

The comments followed confirmation from Moscow on Thursday that Snowden had been given an official document granting him temporary asylum for one year in Russia. The document allowed Snowden to leave the Sheremetyevo Airport transit zone where he has been staying since arriving in Moscow on a flight from Hong Kong on June 23, Anatoly Kucherena, a lawyer assisting the fugitive, told RIA Novosti in Moscow.

Snowden said in a statement released Thursday by the whistleblowing website WikiLeaks, which has provided him legal assistance, that his asylum showed that “in the end the law is winning” despite what he called the Obama administration’s disregard “for international or domestic law.”

“I thank the Russian Federation for granting me asylum in accordance with its laws and international obligations,” Snowden said in the statement.

Snowden is wanted in the United States on espionage and theft charges after leaking classified information about surveillance programs operated by the US National Security Agency (NSA), and Washington has repeatedly called on Russia to expel him into American custody.

Carney indicated Thursday that US authorities would continue to press Russia for help in bringing Snowden into the custody of the Americans.

“We will obviously be in contact with Russian authorities expressing our extreme disappointment in this decision and making the case clearly that there is absolute legal justification for Mr.  Snowden to be returned to the United States,” Carney told reporters.

Both Carney and US State Department spokeswoman Marie Harf said Thursday that Russia did not notify the United States in advance of its decision to grant asylum to Snowden.

US Sen. John McCain, a consistent and fierce Kremlin critic, called the move “a slap in the face of all Americans.”

“Now is the time to fundamentally rethink our relationship with Putin’s Russia,” McCain said in a statement. “We need to deal with the Russia that is, not the Russia we might wish for. We cannot allow today’s action by Putin to stand without serious repercussions.”

McCain called on the Obama administration to respond in part by expanding the blacklist of Russian officials sanctioned under the controversial Magnitsky Act and extending membership in the North Atlanta Treaty Organization (NATO) to the former Soviet republic of Georgia, whose ambitions to join the military alliance have angered Moscow in recent years.

Sen. Robert Menendez, chairman of the Senate Committee on Foreign Relations, called Snowden’s asylum “a setback to US-Russian relations” despite being only granted for a period of one year.

Snowden “is a fugitive who belongs in a United States courtroom, not a free man deserving of asylum in Russia,” Menendez said in a statement.

Sen. Tom Coburn said in a television interview with MSNBC on Thursday that Snowden’s asylum “probably hurts the relationship” between Russia and the United States and suggested Russian intelligence had exploited the former NSA contractor’s knowledge of US intelligence programs – a claim both Snowden and Russian officials have denied.

“He’s undoubtedly in my mind a traitor to our country and probably most of what he knows, the Russians already know. … It’s a gold mine for them,” Coburn said.

Kremlin aide Yury Ushakov told reporters in Moscow on Thursday that Snowden’s asylum “is not important enough to affect political relations” between the United States in Russia, adding that Moscow was interested in the development of ties with Washington “in all areas.”

Harf, the State Department spokeswoman, told reporters in Washington that Obama’s ambassador to Russia, Michael McFaul, discussed the US position on the Snowden standoff with the Russian government Thursday and that the United States does not want the issue “to broadly negatively affect our bilateral relationship.”

“There are places where we work together including in Afghanistan, with Iran sanctions, with reductions in our nuclear arms arsenals,” Harf said. “So we’ve both been very clear that this is an example of something that we want to treat separately, that we don’t want it to adversely affect the whole relationship.”

Harf added, however, that in light of Russia’s decision to grant Snowden asylum, “it behooves us to evaluate where the relationship is.”