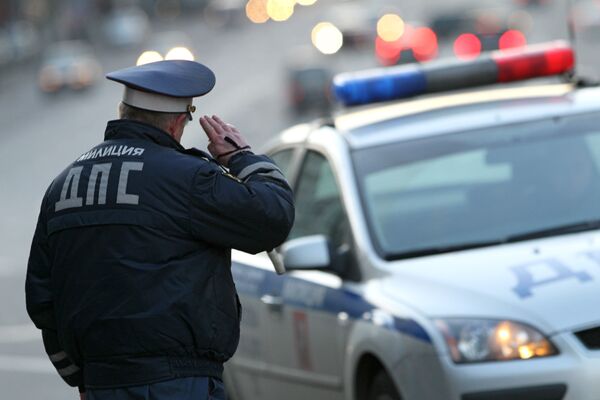 The letter from the traffic police regiment in the Tyumen region claimed the scam was masterminded by the Regional Traffic Inspectorate's chief, Sergei Besedin.

He was detained on July 4 as he allegedly accepted a bribe of more than 1 million rubles (about $30,000) from a subordinate “for protection,” the Tyumen Region Investigative Committee said in a statement on its website.

The traffic cops' letter claims each mobile patrol group was forced to pay police company commanders 1,500 rubles (about $45) per shift, with each company sending about 450,000 rubles a month up the chain, rbc.ru reported.

The patrolmen claimed Besedin made life unbearable for those who refused to join in the scam, forcing them to accept it or quit.

The Tyumen patrolmen asked Putin to personally oversee the investigation into the affair and suspend the Tyumen region and Tyumen city police chiefs, in order to “ensure the security of each traffic police inspector until the investigation is completed.”

The practice of paying off traffic policemen with an on the spot "fine" is widespread among drivers in Russia, and corruption among the force is legendary among the public. A February 2007 poll by the Levada Center found 48 percent of Russians considered their traffic police corrupt.

Russian drivers often mount dashboard cameras in their cars to record what is going on, in a bid to stop corrupt policemen faking evidence or unfairly prosecuting them.

The government has tried to crack down on corruption in the force by increasing police pay, and stiffening the penalties for taking bribes.