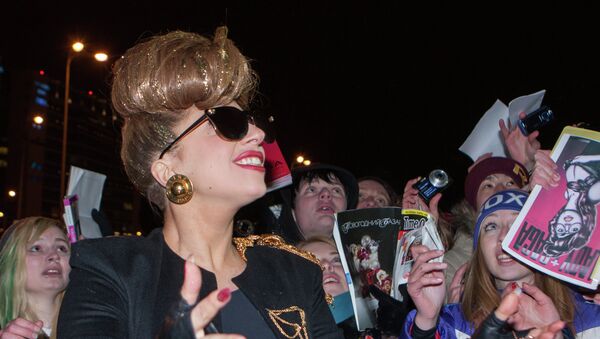 US pop divas Madonna and Lady Gaga, who championed gay rights during their shows in Russia, had cultural exchange visas that “did not provide for” performing for profit, Russian prosecutors said Thursday.

MOSCOW, August 1 (RIA Novosti) – US pop divas Madonna and Lady Gaga, who championed gay rights during their shows in Russia, had cultural exchange visas that “did not provide for” performing for profit, Russian prosecutors said Thursday.

The Prosecutor General’s office released a statement in response to an inquiry submitted in April by St. Petersburg lawmaker Vitaly Milonov, author of the city’s controversial anti-gay propaganda law. The St. Petersburg City Council member accused both US musicians of distributing “homosexual propaganda” among minors and said they performed in Russia illegally.

Milonov authored a bill making “promoting sodomy, lesbianism, bisexuality and transgenderism among minors” in St. Petersburg punishable with fines of up to 500,000 rubles ($15,000). The bill was adopted in March 2012 and served as a basis for federal legislation banning the promotion of “non-traditional sexual relations” among minors that was signed into law in June.

Madonna and Lady Gaga had cultural exchange visas that “were used with the aim of conducting commercial concert activities,” although their visas “did not provide for” making profit, the statement from the Prosecutor General’s office said.

The office said it might send the information about the violations to Russia’s Foreign Ministry and Federal Migration Service in order to prosecute the singers and prevent similar things from happening. It did not provide further details about possible prosecution.

During her August 2012 shows in St. Petersburg and Moscow, Madonna asked the audience to raise their hands in support of gays and lesbians and also spoke out in support of the jailed Pussy Riot band members.

Shortly after the show, a group of Russian activists filed lawsuits against Madonna and the show’s organizers, seeking $10.5 million in compensation for “moral damages.” A St. Petersburg court ruled in November that the pop star had not violated the anti-gay propaganda law during her show.

Ahead of her December show in St. Petersburg, Lady Gaga thanked Russian Prime Minister Dmitry Medvedev in a tweet for “not standing by” the Kremlin’s anti-gay propaganda bill, which had been submitted to the State Duma, Russia’s lower house of parliament. Asked about the bill, Medvedev had said that "not all relations between people can be regulated by law."

A Russian show business promoter said that the decision by the Prosecutor General’s office may stop foreign artists from performing in Russia.

“Not one artist, circus or exhibition will come here if the Prosecutor’s Office fines someone now,” Yevgeny Finkelstein, head of the St. Petersburg-based PMI media holding told RIA Novosti.