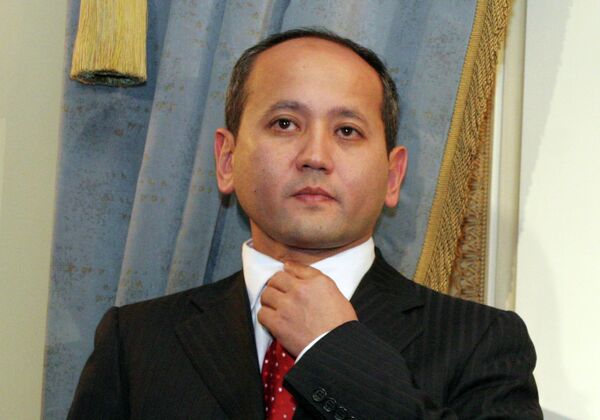 Mukhtar Ablyazov, a former banker from Kazakhstan and an opponent of Kazakh authorities, has been arrested in the south of France, media quoted his family’s lawyer as saying.

MOSCOW, August 1 (RIA Novosti) – Mukhtar Ablyazov, a former banker from Kazakhstan and an opponent of the authorities there, has been arrested in the south of France, Kazakhstan officials reported on Thursday.

An official in France’s judicial police in Marseille told the Financial Times that Ablyazov was caught Wednesday afternoon in the village of Mouans-Sartoux, 8 kilometers (5 miles) from Cannes. The official said police were acting in response to an extradition request from Ukraine. A lawyer with Ablyazov’s family, who asked not to be named, told the Financial Times earlier that Russia had requested his extradition.

The charges against Ablyazov in Kazakhstan relate to the collapse of his now-defunct BTA bank, money laundering and his involvement in a criminal group. He denied the charges and claimed his prosecution was part of a politically motivated vendetta against him for falling out with Kazakhstan's long-serving President Nursultan Nazarbayev, The Guardian reported.

BTA Bank filed a series of lawsuits against Ablyazov in the UK High Court shortly after his arrival in London, as a part of a restructuring agreement with creditors to recover $5 billion assets allegedly misappropriated by Ablyazov during his tenure at the bank between 2005 and 2009. The court has already approved the seizure of billions of dollars worth of his assets including a London mansion, according to The Independent.

Ablyazov has been on an Interpol wanted list at the behest of the Russian authorities, who have charged him with embezzlement related to his former bank’s operations in their country.

Ablyazov was sentenced by a London High Court judge in February 2012 to 22 months in prison for contempt of court. He fled the UK shortly after the ruling, accoridng to the prosecutors.

Updated with a new headline and an official confirmation by the Kazakhstan authorities.