Todashev’s Father to Push US for Probe Into Killing 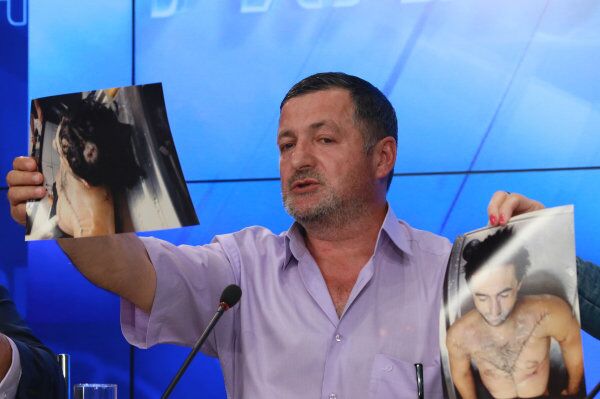 © RIA Novosti . Alexander Natruskin
Subscribe
The father of a Chechen immigrant shot dead by the FBI during questioning is planning to travel to the United States to press for an independent investigation into the circumstances behind his son’s killing, he told RIA Novosti on Thursday.

GROZNY, July 25 (RIA Novosti) – The father of a Chechen immigrant shot dead by the FBI during questioning is planning to travel to the United States to press for an independent investigation into the circumstances behind his son’s killing, he told RIA Novosti on Thursday.

Ibragim Todashev, 27, who had moved to the US from Russia’s Chechnya Republic several years earlier, was shot and killed by a Boston-based FBI agent at his Orlando, Florida, apartment on May 22 during an interrogation about alleged links to Boston bombing suspect Tamerlan Tsarnaev and a possible connection to a 2011 triple murder in Massachusetts.

In late June, the father, Abdulbaki Todashev, brought his son’s body from the United States to Russia and buried him at a family cemetery.

The elder Todashev said in Moscow that he wanted “to consult lawyers and enlist support from advocacy groups,” adding that without public help he would be unable “to ensure an objective investigation” into his son’s death.

In the United States, he intends to sue the US authorities over what he says was the “extrajudicial execution” of his son. A week after the death, the elder Todashev displayed for reporters in Moscow photos that he said showed his son had been shot several times in the body and once, at point-blank range, in the head.

The father said he has already appealed to the European Court of Human Rights to urge the Russian authorities to use their influence and get the US authorities to uncover the truth and make public the circumstances of the killing.

He said he had not yet received an autopsy report. In mid-July, the FBI blocked the report’s release, claiming that the case was “still under active investigation,” Tony Miranda, the forensic records coordinator for the medical examiner’s office in Orlando, said in a letter sent to RIA Novosti.

On Tuesday, the American Civil Liberties Union (ACLU) said it wanted two US states, Florida and Massachusetts, to conduct their own investigations into Todashev’s death.