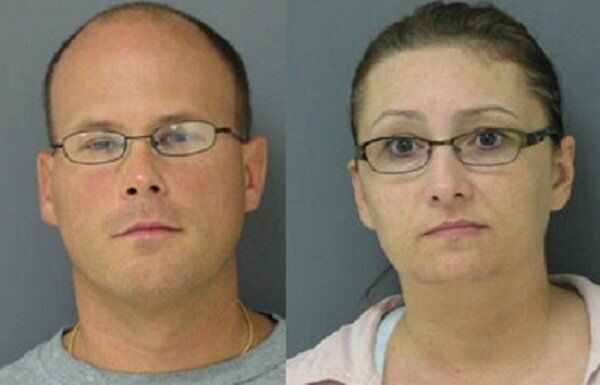 © Photo : Prince William County Police
Subscribe
International
India
Africa
The Russian Foreign Ministry sharply criticized on Wednesday that a suspended sentence was given to a US foster parent who had pleaded guilty to charges of contributing to the delinquency of a child adopted from Russia.

MOSCOW, July 24 (RIA Novosti) – The Russian Foreign Ministry sharply criticized on Wednesday that a suspended sentence was given to a US foster parent who had pleaded guilty to charges of contributing to the delinquency of a child adopted from Russia.

Foster parent Matthew Sweeney was given a suspended sentence of two months by a US court on Tuesday.

“The US court ruling in Matthew John Sweeney’s case is nothing but a mockery of justice and common sense,” said Konstantin Dolgov, the Russian Foreign Ministry’s special representative for human rights, democracy and the rule of law.

Dolgov said the suspended sentence gave reason to believe that Sweeney’s wife, Amy, who will be sentenced in December, could also avoid going to prison.

Amy Sweeney has pleaded guilty to abuse and neglect of a child in the same case, which involves the couple’s adopted son Daniel Alexander Sweeney, whom they brought from Russia in 2006 as Daniil Krichun.

The Krichun case surfaced in July last year when the boy, 8-years-old at the time, ran away from home and asked neighbors for help after an alleged beating by a parent.

When the neighbors and police examined the child they discovered he had bruises all over his body. The Sweeneys were immediately arrested, but soon released on bail.

In the course of the investigation, the couple and their five biological children admitted that both parents had repeatedly slapped the adopted child and beaten him with a belt and with an electric cord.

The boy was sent into custody of child care officials, where he currently remains.

The Krichun case is just one in a string of adoption scandals to have broken out between Russia and the United States.

The instances of American families allegedly abusing their adopted Russian children have strained relations between the two countries and, in part, prompted Russia to adopt the so-called Dima Yakovlev Law – a broad legislative act targeting US officials suspected of human rights violations but also banning all adoptions of Russian children by US citizens.