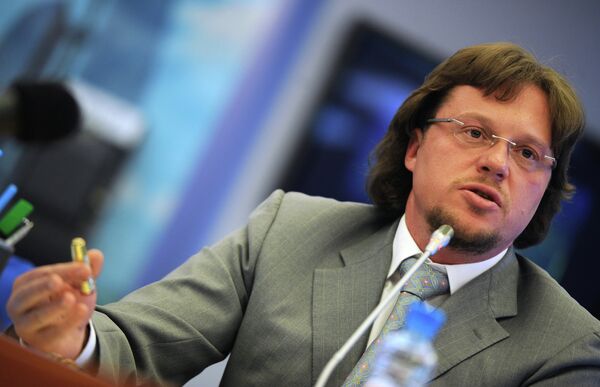 © RIA Novosti . Vladimir Astapkovich
/
Go to the photo bank
Subscribe
Russian Businessman Sergei Polonsky’s request for Israeli citizenship is not an attempt to avoid a criminal case in Russia, his lawyer said on Wednesday.

TEL AVIV, July 17 (RIA Novosti) - Russian Businessman Sergei Polonsky’s request for Israeli citizenship is not an attempt to avoid a criminal case in Russia, his lawyer said on Wednesday.

Polonsky, the former head of the Mirax Group construction firm (now renamed Potok), was charged in absentia last month as part of a criminal case involving the embezzlement of over 5.7 billion rubles ($176.2 million) from the participants of the Kutuzovskaya Milya cooperative residential construction project in Moscow.

Lawyer Diana Tatosova said the citizenship application “has no relation to the Kutuzovskaya Miliya case.” She said she was notified that Polonsky was a suspect in the case on June 14.

“By this time we have already done a great amount of work and completed the procedure to gather documents for an Israeli citizenship application,” she said, adding that Polonsky made the decision to emigrate during his stay in Cambodia, “when Russia demonstrated its inaction towards one of the country’s major real estate businessman, who paid about $1.5 billion in taxes to the Russian budget.”

Polonsky together with two Russian friends was arrested in Cambodia on December 30, 2012, for allegedly attacking the six-men crew of a boat ferrying them from a Cambodian island to the resort city of Sihanoukville. He was released on bail later this year.

Tatosova explained that justice authorities in Cambodia allowed the Russian businessman to travel to Israel for medical treatment.

She expressed hope that the case in Cambodia will be closed “in the near future, perhaps in late summer or early fall.”