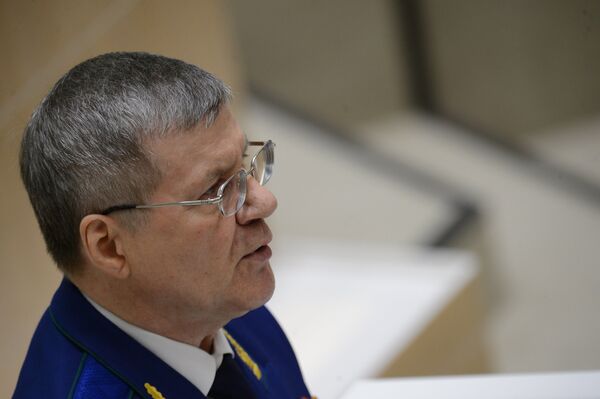 On Tuesday, Prosecutor General Yury Chaika told President Vladimir Putin that 215 NGOs had failed to register as foreign agents despite a November law obliging them to do so if they have foreign funding and engage in political activity.

A day later, Chaika told Russia’s upper house of parliament that even Putin’s own human rights council included “four representatives of non-commercial organizations that perform the functions of a foreign agent” and three more who did so before the law took effect. He did not specify whom he meant or what precisely they had done.

Moscow has long been wary of foreign influence in domestic politics, notably accusing US and Georgian officials of bolstering the large-scale anti-Kremlin protests in the months after contested parliamentary polls in December 2011.

Since the foreign agent law was enacted, some 2,000 NGOs across the country have been searched and legal action has reportedly been taken against 36, according to The Associated Press.

Under the law, NGOs found to fit the criteria must register as “foreign agents” and display that label prominently.

Russian authorities have said the law is modeled on the US Foreign Agents Registration Act (FARA), which compels individuals or entities acting on behalf of a foreign power in a “political or quasi-political capacity” to disclose their relationships with that power, as well as their activities and funding sources.

However, critics of the Russian legislation say its definition of political activity is too vague and could be used to implicate almost any NGO that influences public opinion.

While many Russian NGOs have boycotted the new registration rules, Chaika told senators that 193 had either ceased their “political” activity or stopped receiving foreign funding since the law took effect.

Former Finance Minister Alexei Kudrin, who has become a vocal but tolerated critic of government policy, slammed the NGO law Thursday, pointing out that the first organization penalized was election-monitoring watchdog Golos, which “neither participates in political battles nor acts on behalf of any political force.”

Golos exposed numerous violations in the elections that led to the 2011 protests, which were initially triggered by allegations of vote fraud.

It has refused to register as a foreign agent, saying, like many others, that the term carries a Soviet-era stigma as a near synonym for “spy.”

Last week, Golos announced that it was reregistering as a new legal entity to sidestep a six-month suspension of its activities. The group was fined 300,000 rubles (about $10,000) in April, and its director an additional 100,000 rubles, for refusing to register.

In his address to the Federation Council on Wednesday, Chaika singled out Golos, as well as human rights group Memorial, saying they had channeled funding through an elaborate network of fronts in order to shirk the registration requirement.

Chaika also implicated the US, British and German embassies, among others, in funding “17 organizations engaging in political activity, in violation of the 1961 Vienna Convention.”

Those organizations, he said, had “interfered in our country’s politics and violated commonly accepted norms of international law.” He did not name the organizations.

In his meeting with Putin, Chaika said practically no groups had registered as foreign agents: “The registry is empty.”

Last week, Putin reiterated his stance regarding foreign-funded NGOs at a meeting with members of his human rights council.

“If people engage in domestic politics and receive money from abroad,” the president said, “society has the right to know what that organization is and whose money is funding it.”