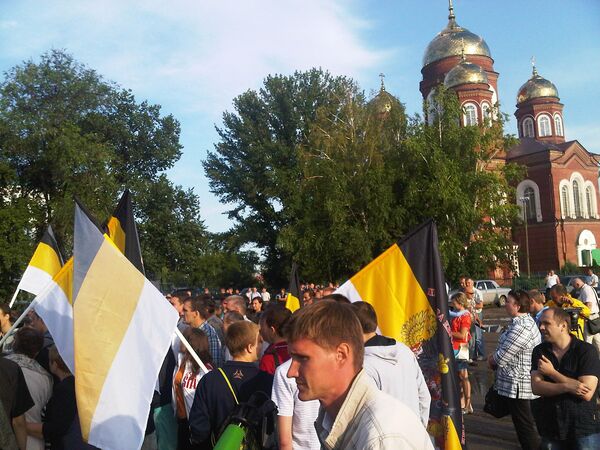 Meanwhile, some 300 protesters gathered in a town square, marking the fifth consecutive day of anti-migrant rallies, while authorities reportedly tried to prevent out-of-town nationalists from descending on the town, where angry residents have been calling for ethnic Chechens to be cast out.

Tensions in Pugachyov, a town of some 40,000 near the Volga River, have been roiling since Sunday, when a 20-year-old former paratrooper died of stab wounds inflicted in a fight over a girl, according to officials. The main suspect, an ethnic Chechen, was detained Sunday and confessed to the killing, prosecutors said.

Some media reports have identified the ethnicity of the blond-haired victim, Ruslan Marzhanov, as half Russian, half Tatar.

Vladimir Kapkayev, speaker of the legislative assembly in Saratov Region, where Pugachyov is located, told the protesting crowd Thursday that the two new suspects put up resistance during the arrest.

“Police had to fire shots in the air, and when one of the suspects continued to resist they shot him in the leg. His life is not in danger. Both were detained, and an investigation into their possible involvement in the crime is underway,” he said.