Putin Calls for Probe of Academy of Sciences’ Asset Management 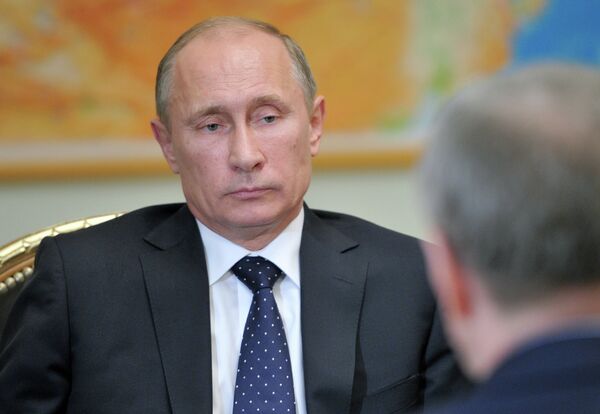 © RIA Novosti . Alexei Nikolskiy
/
Go to the photo bank
Subscribe
Russian President Vladimir Putin on Tuesday instructed the country’s chief prosecutor to investigate the management of property at the Russian Academy of Sciences.

A network of hundreds of research institutions that the government has long accused of ineffectiveness, the Academy of Sciences is now undergoing a much-debated reform that will separate its research functions and the management of its property.

Russia’s state audit agency said last week that it had launched a probe into how effectively various Russian scientific institutions, including the Academy of Sciences and its regional branches, used the federal property assigned to them.

At a meeting with the Russian president on Tuesday, Prosecutor General Yury Chaika said the academy’s leadership had requested that prosecutors launch a separate probe to look into property issues.

“They [top RAS officials] came up with this initiative, understanding that certain problems exist in this area, first of all, in property management,” he told Putin.

The Russian president replied that the probe would be necessary in order for the academy’s reform to proceed.

The original text of the Kremlin-backed bill about the reform, which was harshly criticized last week by the academy’s governing body, sought to create a separate state agency that would oversee the science network’s property.

In a second reading last Friday, Russia’s lower house of parliament passed a new version of the bill that placed the academy’s president-elect, Vladimir Fortov, atop the property management agency. The bill will now be tabled until an expected third reading by Russian lawmakers, due in mid-September.