Russia Sues US Library of Congress Over Jewish Texts 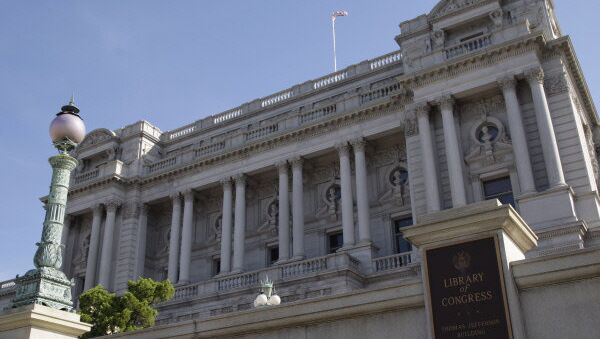 The Russian Culture Ministry on Monday filed a lawsuit against the US Library of Congress over seven books belonging to the so-called Schneerson Library, a group of Jewish texts that are the subject of a long-running ownership battle between Russia and the United States.

MOSCOW/WASHINGTON, July 1 (RIA Novosti) – The Russian Culture Ministry on Monday filed a lawsuit against the US Library of Congress over seven books belonging to the so-called Schneerson Library, a group of Jewish texts that are the subject of a long-running ownership battle between Russia and the United States.

“These books were kept in the Russian State Library and, through an inter-library exchange system, were given temporarily to the US Library of Congress,” a Culture Ministry spokesman told RIA Novosti on Monday. “But time’s up. … We have waited for all the normal deadlines and now we’re going through the courts.”

The lawsuit was filed in a Moscow arbitration court Monday in conjunction with the Russian State Library, the ministry spokesman said.

The Library of Congress did not immediately respond to a voicemail and email requesting comment Monday morning.

Made up of about 12,000 books and 15,000 papers gathered in Belarus by the Chabad-Lubavitch Hasidic group in the two centuries before World War II, much of the Schneerson collection fell into the hands of the Soviet Union after the revolution. Today, Russia’s ownership is disputed by the New York-based Chabad-Lubavitch movement.

The seven books targeted by the court case were first lent to the Library of Congress for 60 days in 1994, Natalya Romashova, director of the Culture Ministry’s legal department, told RIA Novosti. They subsequently remained in the United States under an indefinite loan agreement.

But following a recent decision of by the Culture Ministry to relocate the Schneerson Library to the newly built Jewish Museum and Tolerance Center in Moscow, the ministry sent a request to the Library of Congress on March 30 asking that the books be returned, Romashova said.

The request was “simply ignored,” she said.

Putin said last month that housing the Schneerson collection in Moscow’s Jewish Museum and Tolerance Center meant that the question of their ownership was now “closed,” though the Chabad-Lubavitch movement said it did not consider the transfer a satisfactory resolution to the dispute.

Moscow has long resisted calls to return the Jewish texts, and Russian officials describe them as part of their country’s cultural heritage. The issue has strained cultural relations between the United States and Russia, with some Russian museums refusing to lend objects to their US counterparts due to fears that they could be confiscated and used as a bargaining tool.

A US district court in Washington imposed a daily $50,000 fine on Russia earlier this year for failing to comply with an earlier order to hand over the Schneerson Library. Judge Royce Lamberth labeled Russia an “outlaw” last month for its continued intransigence on the issue.