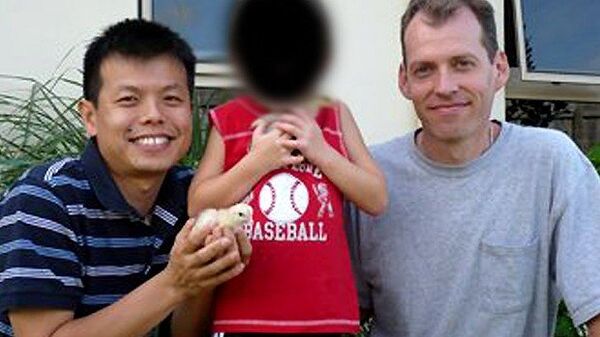 © ABC Far North Queensland
Subscribe
The first of four suspects in a child sex abuse ring that spanned three continents has been sentenced to 40 years in prison in the United States for sexually abusing a young boy who was reportedly purchased from his birth mother in Russia.

WASHINGTON, July 1 (RIA Novosti) – The first of four suspects in a child sex abuse ring that spanned three continents has been sentenced to 40 years in prison in the United States for sexually abusing a young boy who was reportedly purchased from his birth mother in Russia.

"Being a father was an honor and a privilege that amounted to the best six years of my life," Newton told the court, according to the New York Daily News.

Newton’s domestic partner, Peter Truong, 36, has pleaded guilty to the same charges, but has not yet been sentenced.

According to court documents and an interview with the US Attorney’s office in Indiana, the two men admit to engaging in sex acts with the boy themselves from their home base in Australia.

They also admit to flying him to locations around the world including Florida, California, France, and Germany to allow approximately eight men to sexually abuse the boy, record the images and use them to produce child pornography.

The men were reportedly part of a global network of pedophiles called “Boy Lovers.”

One video discovered shows Newton performing a sex act on the boy when he was less than two weeks old, according to the Daily News.

The two other suspects, John Powell, 41, of Florida, and Jason Bettuo, 36, of Illinois, have been indicted on charges of engaging in sex acts with the boy and producing child pornography.

According to court documents, images and video of Powell engaged in sex with the boy were trafficked through an internet child sex ring to Indiana, where the indictments are based.

Authorities would not disclose the exact locations of where the four suspects are being held.

“These men submitted this young child to some of the most heinous acts of exploitation that this office has ever seen,” said Joseph Hogsett, United States Attorney for the Southern District of Indiana, in a statement.

“These men will all face justice here in Indiana, and that young child’s nightmare has thankfully been brought to an end,” he added.

Newton and Truong “convinced a Russian woman to give them a child for $8,000,” wrote Pavel Astakhov, Russia’s children's rights ombudsman, on his Twitter feed Monday.

“It’s clear that this is not the only case of sexual exploitation of adopted Russian children,” added Astakhov, a proponent of a bill passed by the State Duma that would ban the adoption of Russian children by foreign same-sex couples.

US authorities would not confirm the boy was born in Russia, but told RIA Novosti that Newton and Truong paid a foreign woman for the boy around the time of his birth in July, 2005. Newton claimed to be the boy’s biological father, according to court documents, and Truong later adopted the boy.

The US Attorney’s office in Indiana confirms the boy is in the custody of authorities in California, but would not say if he has been adopted by another family. The boy did not testify in court.