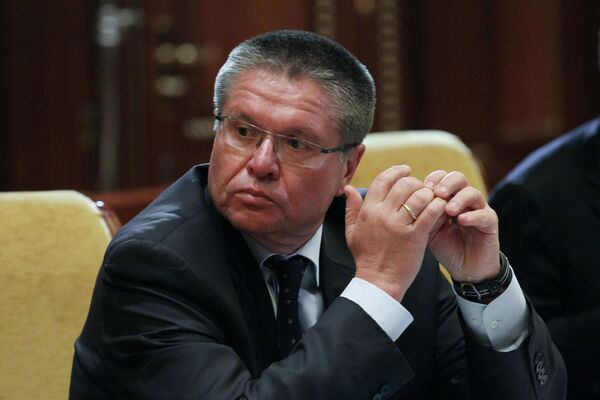 A reshuffle of Russia’s top economic officials has been designed to stave off looming stagnation, with a new minister likely to try and break with the policies of his predecessor despite possible opposition from the Kremlin, according to experts surveyed by RIA Novosti.

MOSCOW, June 27 (Howard Amos and Vladislav Fedotkin, RIA Novosti) – A reshuffle of Russia’s top economic officials has been designed to stave off looming stagnation, with a new minister likely to try and break with the policies of his predecessor despite possible opposition from the Kremlin, according to experts surveyed by RIA Novosti.

Alexei Ulyukayev’s widely expected appointment to head the Ministry of Economic Development was officially announced Monday; he replaces Andrei Belousov, who will become an economic advisor to Putin.

However, Ulyukayev is facing an uphill struggle as Russia’s economic growth slows amid sliding commodity prices. And he may face obstruction from Belousov, who is the latest minister to be transferred to the so-called shadow government of advisors around Putin that is an alternative power base to Russia’s official government headed by Prime Minister Dmitry Medvedev.

Ulyukayev, 57, worked with market-reform architect Yegor Gaidar in the 1990s and publishes volumes of poetry in his spare time. Considered one of the ruling elite’s “economic liberals” he has fiercely defended the independence of the Central Bank as its first deputy chairman over the last nine years.

Investment growth in Russia slowed to 0 percent in the first five months of this year. And analysts say that Belousov, Ulyukayev’s predecessor, failed to deal with accumulating economic woes – instead proposing outdated remedies like massive government investment, ruble devaluation and the manipulation of lending rates to boost economic growth.

During a meeting with Putin after his appointment, Ulyukayev, 57, said that his priority was to help Russia avoid an economic recession, and he singled out the importance of private investment in the drive to stimulate long-term growth.

“I am deeply convinced that it is investment that matters, and that we must join forces to create favorable conditions for private investment,” said Ulyukayev, according to a transcript on the Kremlin’s website.

MDM Bank board chairman Oleg Vyugin, a former head of Russia’s stock market regulator, said that Ulyukayev is likely to take a different tack from Belousov. “We won’t expect Ulyukayev to demand subsidies for businesses, or pay out public money for investment projects. He won’t lobby for such ideas,” Vyugin said.

At the Central Bank Ulyukayev was well known for his hawkish commitment to inflation fighting, and experts said that this was likely to remain a part of his approach at the Economic Development Ministry. High levels of inflation are traditionally a disincentive for long-term investors.

Alongside a broad range of regulatory functions relating to trade and investment, the Economic Development Ministry overseas privatization and is responsible for economic forecasting. Some experts suggest that the influence of the agency has declined in recent years, and that it carries less weight than the Finance Ministry in economic decision-making.

Ulyukayev may be able to stop that decline. At the Central Bank Ulyukayev was one of the most outspoken officials and he is likely to be a much more “audible” minister than Belousov, according to Yulia Tsepliaeva, chief economist at BNP Paribas in Moscow.

Possible Competition from the Kremlin

Economic headwinds are not the only difficulty that Ulyukayev may face in his new role.

Later this month Belousov will replace Elvira Nabiullina, the new head of the Central Bank, as Putin’s economic advisor, and experts speculate that Ulyukayev’s predecessor will enjoy more influence alongside Putin than he ever did as a part of Medvedev’s cabinet.

“Belousov will be more visible as an economic advisor than as an economic minister,” said Peter Westin, chief equity strategist at Moscow brokerage Aton, adding that Putin has an increasingly strong power base in the Kremlin capable of circumventing the White House, where Russia’s cabinet of ministers is based.

Some analysts suggested that there could be a clash between Belousov, who is less convinced of the importantance of private investment and is a greater advocate of the role of the state, and Ulyukayev. The two men also hold directly opposing views – Belousov in favour, Ulyukayev opposed – over whether the Central Bank should cut interests rates to stimulate economic growth.

Nabiullina’s proximity to the Kremlin may make her more inclined than Sergei Ignatyev, her unbending predecessor at the head of the Central Bank, to acquiesce to pressure to cut interest rates, according to experts.

“We will have to see how much the positions of Ulyukayev and Belousov diverge,” said Dmitry Polevoy, chief economist at ING Bank in Moscow.

While the staffing changes at the Central Bank, the Economic Development Ministry and the Kremlin may have some significance for the nuances of future economic policy, experts warned that a lack of new faces meant radical change was unlikely.

“[Putin] prefers working with a stable group of people,” said Tsepliaeva, and added that this type of reshuffle – which does not feature any obvious demotions – is characteristic of the Kremlin.

ING Bank’s Polevoy pointed out that Belousov, Ulyukayev and Nabiullina have already been cooperating on economic decision making in the Russian government for years.

“All these people have been working together for a long time, know each other, and know their place,” he said. “People in three or four key positions have been changed but, in the end, real improvements in the economy are impossible without political liberalization.”