Tourists Ask Russia to Evacuate Them from Pakistan 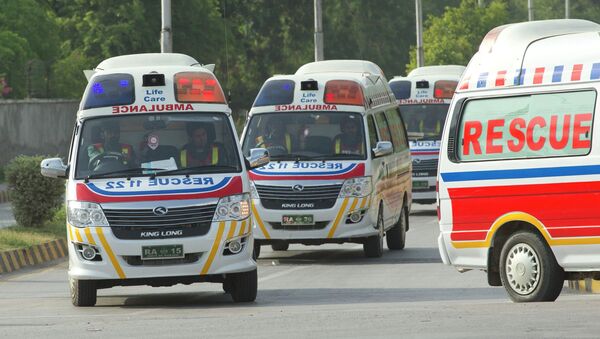 According to media reports, at least a dozen Islamic militants dressed in police uniforms shot nine tourists and a local guide early on Sunday after rousing them from their sleep in a hotel at the foot of the world’s ninth-highest mountain, Nanga Parbat, in northern Pakistan.

"We have already contacted the Russian emergencies ministry [with the request]. In addition, our Ukrainian, Georgian and Lithuanian colleagues are set to ask the Russian Foreign Ministry and [its head Sergei] Lavrov to evacuate survivors and dead bodies by plane next week,” Ovchinnikov said.

BBC said five Ukrainians, three Chinese and a Lithuanian national were killed, but Lithuanian diplomats did not confirm the report, saying the information is currently being verified. According to the data obtained by the Russian Mountaineering Federation, no Russians were among the victims.

“A Lithuanian national, Ukrainians and people whose nationality is yet unclear were killed in the attack. Possibly, two Georgians also were there, but their fate is unknown. We were unable to contact the tent camp where the shooting took place,” Ovchinnikov said.

He said that initial reports that a Russian national was killed were not confirmed by Russian mountaineer teams in the area.

“We contacted our teams via a satellite phone. So far, they say that all Russians there were unharmed. They are yet to be evacuated from a camp near the site of the attack, and from a gorge nearby,” the official said.

He also said that the number of Russians in the area is yet to be established. According to Ovchinnikov, three groups of Russian mountain climbers have flown to Pakistan recently: one is currently guarded by the Pakistani servicemen, the second has no armed guards and the third has just arrived at Islamabad and is now safe.

"We are now trying to determine the exact number of Russians, there might be a dozen of them but no exact figures are available… Unfortunately, there are also people in the area who are just travelling, not climbing mountains. So now we are trying to find out if there are Russians among them,” he said.