Georgian PM to Retire From Politics After Election – Estonian Paper 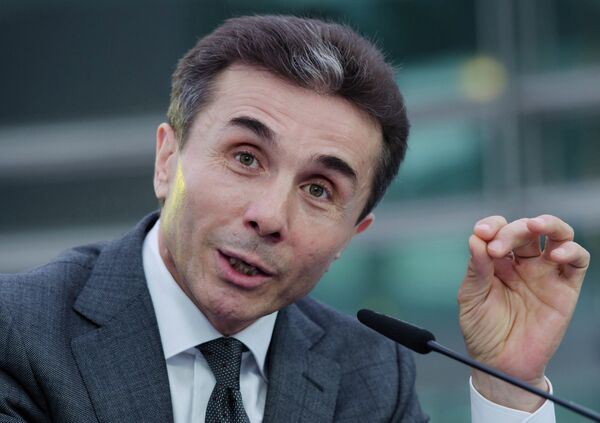 © RIA Novosti . Aleksandr Imedashvili
/
Go to the mediabank
Subscribe
International
India
Africa
Georgia’s Prime Minister Bidzina Ivanishvili has announced he will retire from politics following the presidential elections in October this year, in an interview with Estonia’s Postimees.

TBILISI, June 22 (RIA Novosti) – Georgia’s Prime Minister Bidzina Ivanishvili has announced he will retire from politics following the presidential elections in October this year, in an interview with Estonia’s Postimees.

“I intend to leave politics soon. As soon as [President] Saakashvili goes, and new presidential elections take place, I will leave a few days after,” he said.

Ivanishvili, who came to power at the head of the Georgian Dream coalition following parliamentary elections in October 2012, has said more than once that he would leave politics in a year or two.

However, he has often changed his mind about exactly when he will go, and most recently said he would stay as long as he was needed by the Georgian people.

“I serve my homeland and will stay serving it for as long as necessary, and if I go, I will stay where Georgia most needs me, and will take on the most difficult and necessary roles,” he said in May.

President Saakashvili signed amendments to the country’s Constitution in March, reducing his authority and tipping the balance of power toward the prime minister.