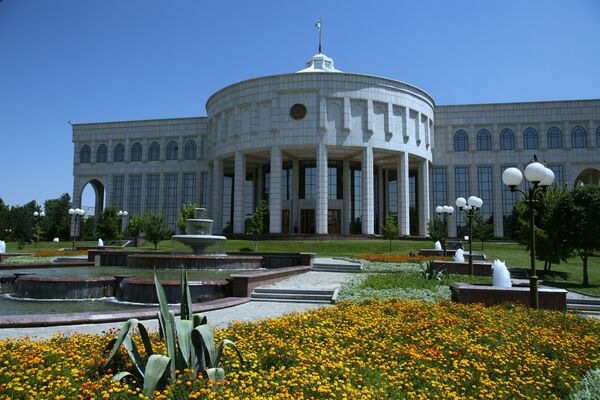 © RIA Novosti . Nikolskiy Aleksey
Subscribe
The culture agency in the authoritarian ex-Soviet state Uzbekistan has banned several pop singers and bands from performing live due to “meaningless” songs that failed to “praise the Motherland,” a statement on the agency’s website says.

MOSCOW, June 20 (RIA Novosti) – The culture agency in the authoritarian ex-Soviet state Uzbekistan has banned several pop singers and bands from performing live due to “meaningless” songs that failed to “praise the Motherland,” a statement on the agency’s website says.

Uzbek musicians need licenses, issued by the culture agency Uzbeknavo, to perform in concert halls and at weddings, a major source of income in a country where copyright violations are ubiquitous.

Uzbeknavo said it stripped singers Dilfuza Rakhimova, Otabek Mutalhojaev and Dilshod Rakhmonov, as well as pop groups Ummon and Mango, of their performing licenses because their songs are “meaningless from musical and lyrical standpoints” and “lack artistic value.”

“Their songs do not conform to our nation’s cultural traditions, they contradict our moral heritage and mentality,” the agency said in a statement posted on its website on Tuesday. “We should not forget about our duty to praise our motherland, our people and their happiness.”

Seven more performers got off lightly with “harsh warnings” and were told they had until July 1 to “eliminate creative shortcomings,” the statement said.

The agency has not, however, found any fault with work produced by Karimov’s daughter Gulnara, a businesswoman, diplomat, fashion and jewelry designer who has recorded two albums and released several music videos under the name Googoosha.

Explicitly patriotic content has not featured prominently in her music, and in her recent music video “How Dare” she is shown singing to a half-naked man tied to a chair.

Popular folk singer Dadakhon Khasanov, who penned a song about the government’s violent crackdown on a popular uprising in 2005 was given a three-year suspended prison sentence in 2006 and has not been allowed to perform in Uzbekistan since.

Government troops opened fire on thousands of mostly peaceful protesters in the eastern city of Andijan in 2005, killing hundreds, including women and children, according to human rights groups and survivors.