“The Group of Eight summit I have invited my counterparts to will be held on June 4-5, 2014, in Sochi,” Putin told journalists after a G8 summit in Northern Ireland.

The Russian president said the agenda has not yet been agreed.

“We will start agreeing it only after Britain’s presidency is over,” he said. “We will take up the baton from our British colleagues and friends on January 1, 2014.”

Earlier Putin told RIA Novosti that during its G8 presidency, Russia would focus on responses to new global threats.

Russia plans to use the infrastructure of the 2014 Winter Olympic Games, due to be held in Sochi in February next year, for the G8 summit, the Russian leader also said.

“We do not plan to spend any funds on preparation for the G8 summit, so the summit will be held at Sochi’s ready infrastructure three months after the end of the Olympic Games,” Putin said. 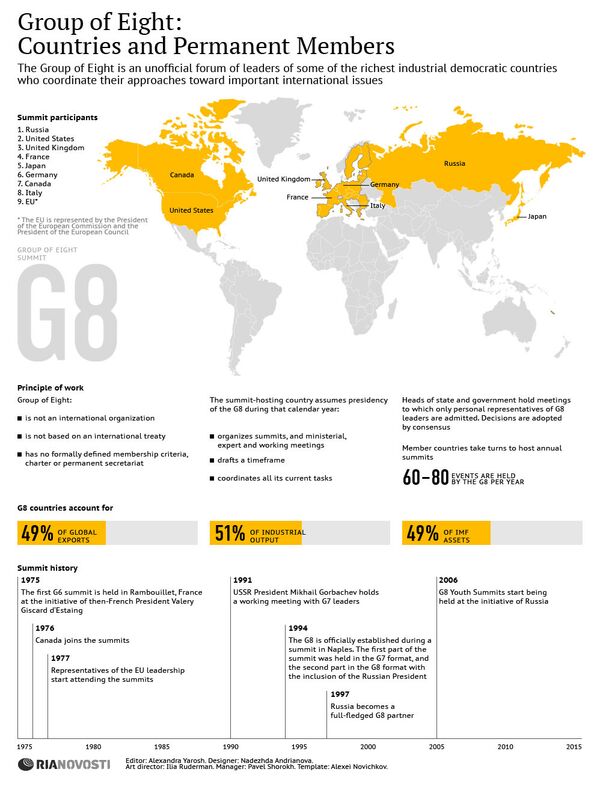