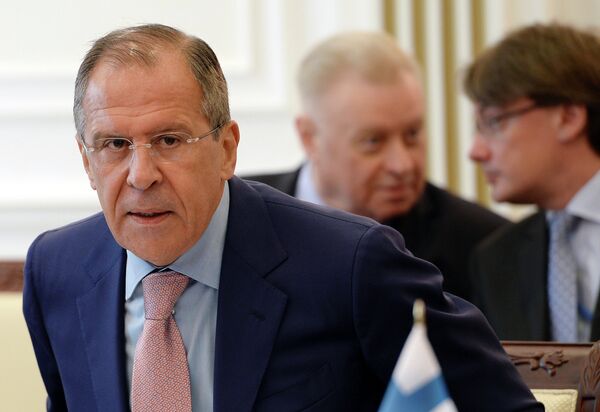 Russian Foreign Minister Sergei Lavrov has criticized the West’s “double standards” in dealing with foreign regimes it has branded as dictatorial, and defended Russia’s arms contracts with Syria.

Speaking in a recent interview with America's CBS network released on Monday evening, Lavrov said the West had a policy of double standards in approaching foreign regimes, particularly in the current Syrian conflict between the government and rebel forces.

“You either deny terrorists any acceptance in international life, or you make your double standard policy work the way it has been working - 'I don't like that guy in this country, so we will be calling him a dictator and topple him. This guy in another country is also dictatorial, but he's our dictator,'" Lavrov said.

When asked about Russia’s supply of weapons to the Syrian government, Lavrov reiterated the Kremlin’s position that Moscow is committed to fulfilling contracts with Syria for defensive weapons.

“I don't think you can perpetrate war crimes with defensive weapons, with air defense systems,” Lavrov said in the interview.

When asked by a CBS reporter about a list of small arms and ammunition in "a request from a Syrian army general to a Russian arms supplier" in March of this year, including 200,000 mortar rounds and grenade launchers, Lavrov said he had not seen such request yet.