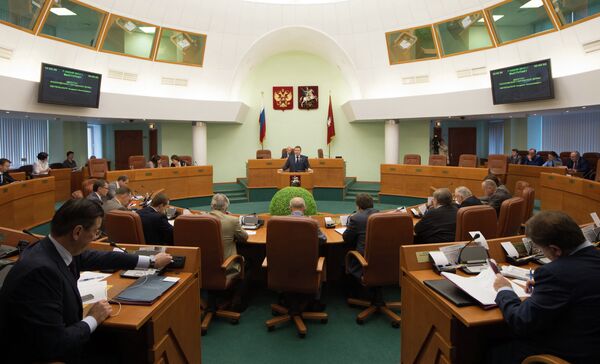 In a vote held Thursday night, 27 members of Moscow City Hall backed the proposed date, and only two voted against it.

Communist Party representative Andrei Klychkov was one of those who voted against, saying he views setting election dates as a mere formality and opposes snap elections in principle.

Once the election date decision has been officially published, the election campaign can get underway and candidates will have 30 days to register.

Outgoing Moscow Mayor Sergei Sobyanin, appointed in 2010 by then-President Dmitry Medvedev, announced on Tuesday that he would resign. The next day, President Putin accepted his resignation and appointed him acting mayor.

The polls will be the Russian capital’s first direct elections for Mayor in a decade.

Sobyanin quickly confirmed he will stand for election. Billionaire-turned-politician Mikhail Prokhorov and radical opposition activist Alexei Navalny may also be among those throwing their hats into the ring.