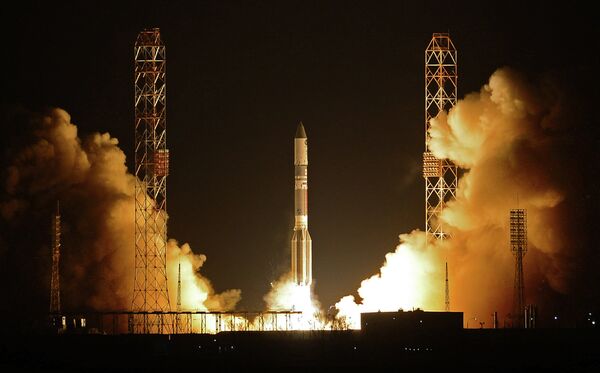 A Russian Proton-M launch vehicle carrying a SES-6 telecommunications satellite has lifted off from the Baikonur space center in Kazakhstan, the Khrunichev space company said on Monday.

The SES-6, built by Astrium for global satellite operator SES World Skies on Eurostar 3000 platform, is equipped with 43 C-band and 48 Ku-band transponders and has a service life of 15 years.

The 6,100 kg satellite will enable the delivery of next generation broadcast services, including HD video distribution and mobile services, to customers in North America, Latin America, Europe and the Atlantic Ocean, the SES said on its website.

SES-6 will be the 53rd satellite in SES' global fleet.

Russia has previously orbited several satellites for SES, the most recent being SES-5 in July 2012.