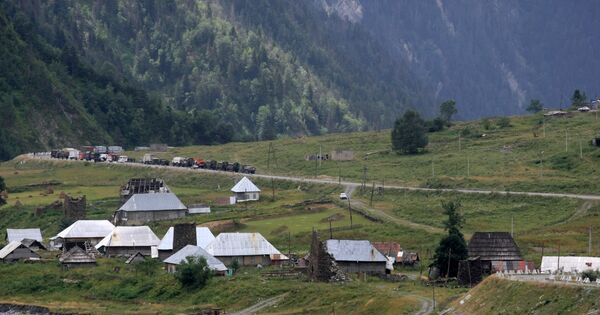 Construction of barbed wire fences on the administrative border between Georgia and its breakaway republic of South Ossetia is unacceptable and may destabilize the situation in the region, EU observers said.

TBILISI, May 29 (RIA Novosti) – Construction of barbed wire fences on the administrative border between Georgia and its breakaway republic of South Ossetia is unacceptable and may destabilize the situation in the region, EU observers said.

The head of the EU Monitoring Mission in Georgia (EUMM), Ambassador Andrzej Tyszkiewicz, visited a stretch of the disputed border on Tuesday near the village of Ditsi, northwest of the town of Gori, following vehement protests by Georgia.

“EUMM has observed an increase in the construction of fences and obstacles, which has a negative impact on the local population,” Tyszkiewicz said. "This may prompt frustration and further protest, which could in turn lead to further destabilization in these sensitive areas.”

“The installation of fences impedes people’s livelihoods and divides families and communities. This is unacceptable,” he said.

Georgia lost control over one-fifth of its territory after South Ossetia and Abkhazia, another former republic within Georgia, broke away and were recognized by Moscow in the wake of a brief war with Russia in August 2008. Only a few other nations have recognized the two republics, which Tbilisi maintains are parts of its sovereign territory. 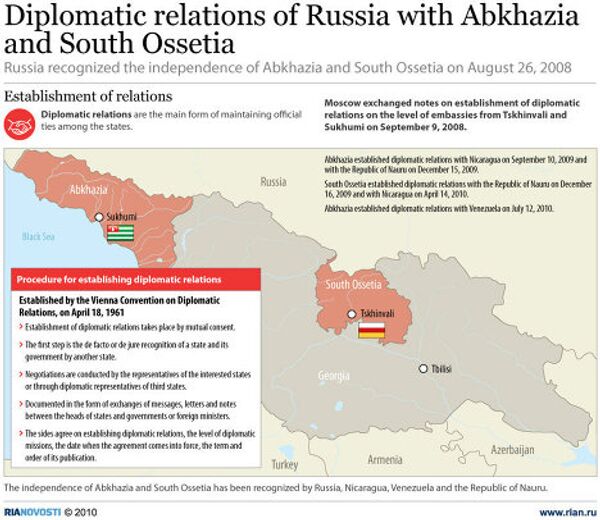 Under an interstate agreement with Russia signed on April 30, 2009, South Ossetia delegated state border protection functions to Russia until the republic establishes its own border guard service. South Ossetia’s border with Georgia is about 210 miles (350 kilometers) long.

South Ossetia recently announced that its state border with Georgia will be reinforced in line with the republic’s legislation.

The EUMM is a civilian monitoring mission that was established by the European Union in September 2008 to contribute to the stabilization of the situation in the region following the August conflict. The mission comprises about 200 international observers.