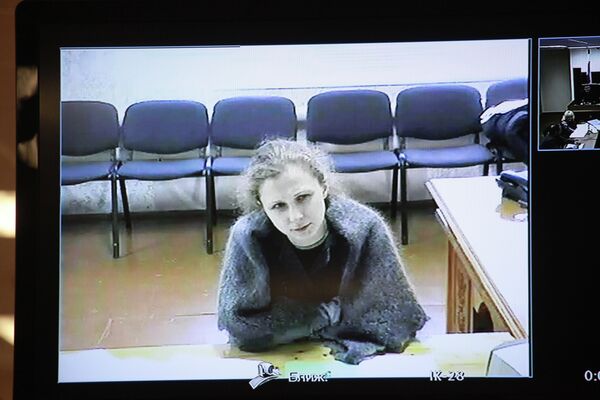 BEREZNIKI, May 22 (RAPSI) - Pussy Riot member Maria Alyokhina has declared a hunger strike after a regional court denied her access to her parole appeal hearing.

Alyokhina, who was taking part in the proceedings at the Berezniki City Court in the Perm Territory via a videoconference facility at her prison, refused to continue taking part and barred her defense team from representing her interests, after being denied transportation to the courthouse.

A Moscow court sentenced Alyokhina and two other Pussy Riot members - Nadezhda Tolokonnikova and Yekaterina Samutsevich - to two years in prison in August 2012 for hooliganism motivated by religious hatred, for performing a "punk-prayer" against President Vladimir Putin in the Christ the Savior Cathedral in central Moscow in February 2012.

An edited video of their performance was posted on the Internet and caused an outcry among Orthodox Church followers.

In October 2012, the Moscow City Court changed Samutsevich's sentence to a suspended term and released her immediately, based on her new attorneys' arguments that she was seized by security guards prior to reaching the altar and was therefore prevented from carrying out the offense.