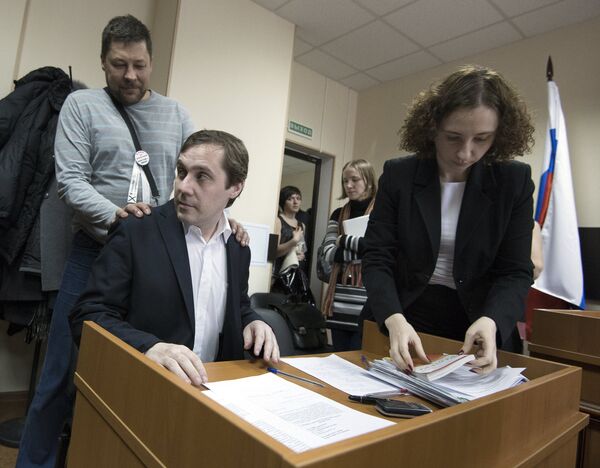 © RIA Novosti . Alexander Vilf
/
Go to the mediabank
Subscribe
International
India
Africa
A Moscow court fined the head of a consumer rights group 100,000 rubles (about $3,200) on Friday for libeling a Russian religious foundation.

MOSCOW, May 17 (RIA Novosti/RAPSI) - A Moscow court fined the head of a consumer rights group 100,000 rubles (about $3,200) on Friday for libeling a Russian religious foundation.

In an interview with Novaya Gazeta last September, Mikhail Anshakov, the head of Russia’s consumer rights watchdog, claimed the Christ the Savior Cathedral in downtown Moscow housed a business center including the offices of 15 commercial firms, a tire-changing service, a dry-cleaners, a parking lot, a cafeteria, and jewelry shops.

Anshakov accused Orthodox Church head Patriarch Kirill of “trading in the House of God” and appealed to the state prosecutor to investigate what he said was the inappropriate use of the cathedral by the Christ the Savior Cathedral Foundation, which oversees trade at the church.

The appeal was unsuccessful, and the Cathedral Foundation's head, Vasily Poddevalin, accused Anshakov of libel.

Anshakov, who was not present in Moscow’s Presnensky District Court on Friday, denied libel and said he had only passed judgment, which was not subject to prosecution.

In late December, Anshakov was hospitalized after an attack in central Moscow by a man wielding a crowbar. He suffered a neck injury and a broken hand.

The Christ the Savior Cathedral was the site of a a controversial protest in February 2012 by anti-Putin punk band Pussy Riot, for which two of the performers were later sent to jail for offending the beliefs of religious believers.