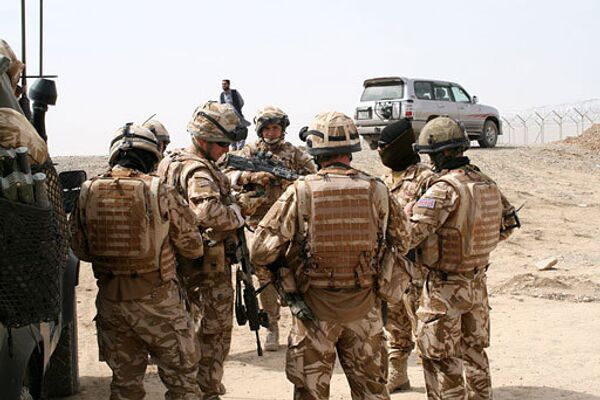 © RIA Novosti . Andrey Greshnov
Subscribe
Moscow is counting on the UN to develop proposals regarding the international presence in Afghanistan after 2014, Russian Foreign Minister Sergei Lavrov said on Friday.

SOCHI, May 17 (RIA Novosti) – Moscow is counting on the UN to develop proposals regarding the international presence in Afghanistan after 2014, Russian Foreign Minister Sergei Lavrov said on Friday.

“We consider it important to start discussing in advance what forms of [international] presence there will be in Afghanistan after 2014; we will count on the proposals that the [UN] secretary general is planning to prepare together with his colleagues,” he said after a meeting with UN Secretary General Ban Ki-moon in the southern Russian city of Sochi.

The International Security Assistance Force (ISAF) is to be withdrawn from Afghanistan in 2014, the same year a presidential election is due in the country, and “coordinated action by the international community is very important,” Lavrov said.

After the ISAF withdrawal from Afghanistan the situation in the part of the country near Russia’s southern borders will worsen, Nikolai Bordyuzha, general secretary of the Collective Security Treaty Organization (CSTO), an intergovernmental military alliance headquartered in Moscow and consisting of former Soviet states, warned on Friday.

A zone of instability will emerge in regions bordering Afghanistan, and the influence of extremist groups will grow, as will the penetration of Islamist fundamentalist ideas in neighboring states, he said.

“The CSTO’s principal task is to minimize the possible negative impact on the border areas after the foreign military contingent is pulled out of Afghanistan,” Bordyuzha said.

"We prefer to tackle this problem on the Afghan border to stop these threats [of narcotics and terrorism reaching Russia]," Andrei Avetisyan said on Thursday in the Russian embassy in Kabul, the news agency reported.

"We used to have a serious presence on the Afghan-Tajik border and, at that time, the situation there was much better, so it would be in the interest of both Russia and Tajikistan and even Afghanistan if Russia is present there," he said.

Avetisyan said such a presence would involve Russian border troops, but he did not give a number. He told Reuters any agreement on border troop deployment would "of course" have to be agreed upon with Tajikistan.