Moscow Says No to May 25 Gay Pride Parade 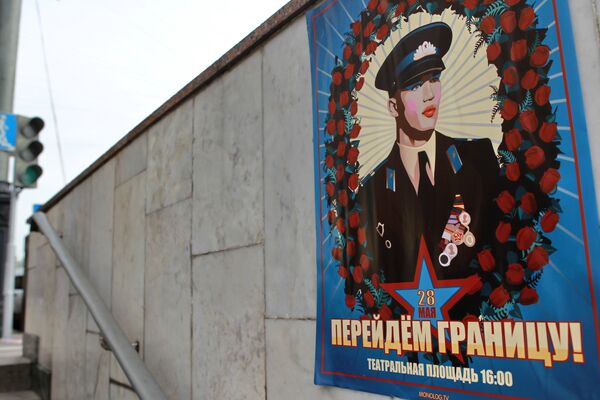 The Moscow mayor’s office has refused to authorize a gay pride parade planned for May 25, and will thwart any unsanctioned action, the city's top security official Alexei Mayorov said on Wednesday.

MOSCOW, May 15 (RIA Novosti) – The Moscow mayor’s office has refused to authorize a gay pride parade planned for May 25, and will thwart any unsanctioned action, the city's top security official Alexei Mayorov said on Wednesday.

Russian gay activists filed a request earlier this week to stage a parade in the Russian capital, but the Moscow authorities said their application was unlikely to be approved. They also declined to allow a picket in Moscow’s Sokolniki Park.

“We have sent a notification to the organizers that we have not given a go-ahead to the event,” Mayorov said, citing society’s likely “negative attitude” towards the action as a reason for banning the parade.

He also warned gay activists against trying to march without permission. “If the organizers still try to hold the event, a certain reaction will follow and the action will be thwarted,” Mayorov said.

In 2012, the city’s highest court upheld a municipal government ban on gay pride parades for the next 100 years – passed after Nikolai Alekseyev, a leading gay rights activist, submitted a similar number of requests, filed in advance, the year before.

Homosexuality was only decriminalized in Russia in 1993, and anti-gay sentiment remains strong in society, including among Russia's political establishment. In 2007, former Moscow mayor Yury Luzhkov described attempts to hold a gay parade in the capital as "satanic."

The Russian authorities have never sanctioned a gay pride rally, though LGBT activists have been applying for permits in Moscow since 2006. Last May, the St. Petersburg authorities permitted a rally against homophobia, but its participants were attacked by dozens of masked thugs, all of whom evaded arrest.

A ban on spreading “gay propaganda” among minors, currently under review in the Russian legislature, envisages fines of 4,000 to 500,000 rubles ($130 to $16,500) for individuals and organizations trying to convince minors of the benefits of same-sex relations. Local legislatures in several Russian regions, including St. Petersburg and Novosibirsk, have already passed a similar law.