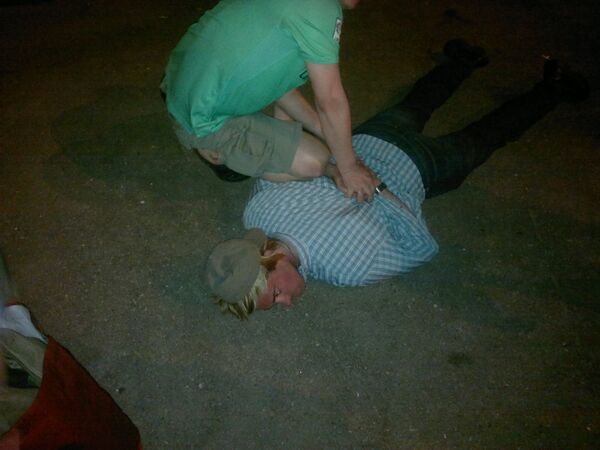 Russian counterintelligence officials briefly detained a US diplomat suspected of being an undercover CIA officer and trying to recruit a Russian agent, the Federal Security Service (FSB) said Tuesday.

MOSCOW, May 14 (RIA Novosti) – Russian counterintelligence officials briefly detained a US diplomat suspected of being an undercover CIA officer and trying to recruit a Russian agent, the Federal Security Service (FSB) said Tuesday.

A US Embassy press officer in Moscow said by telephone that she could not comment on the report.

According to an FSB statement, the diplomat, identified as Ryan Christopher Fogle, a third secretary in the political department, was detained the night of May 13 as he attempted to recruit an officer from one of Russia's special services.

The diplomat was found to be in possession of “special technical devices, written instructions for the Russian citizen being recruited, a large sum of cash and means of changing his appearance,” the statement said. 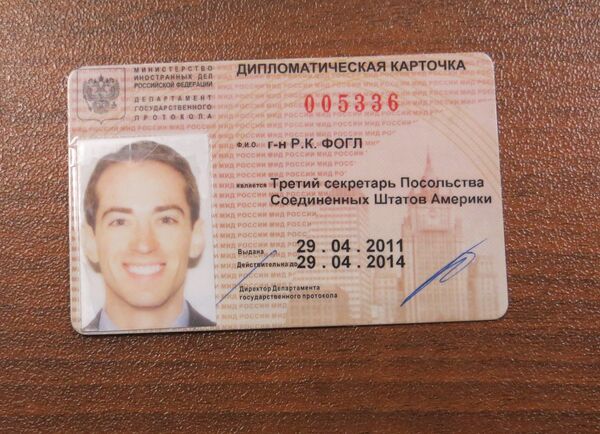 Fogle purportedly offered the Russian officer up to $1 million a year for his cooperation, according to a letter he was carrying that was released by the FSB.

“We are ready to offer you $100,000 and discuss your experience, expertise and cooperation. Payment can be significantly higher if you are prepared to answer specific questions,” the letter says. “Furthermore, we are offering up to $1 million a year for long-term cooperation with additional bonuses for information that can help us.

Fogle was taken to the FSB and, after “necessary procedures” were completed, handed over to US Embassy officials, the FSB said.

Russia’s Foreign Ministry declared Fogle a persona non grata on Tuesday evening and summoned US Ambassador Michael McFaul to come in Wednesday to discuss the incident.

Relations between Moscow and Washington have been strained during McFaul’s tenure as ambassador, with bones of contention including US criticism of Russia’s human rights record and disagreement over the international response to the bloodshed in Syria. 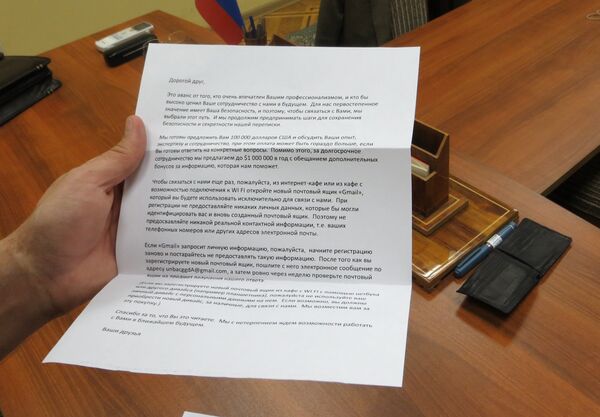 News of the detention broke just as McFaul started a live Q&A session on Twitter. He declined to comment on the incident, but the timing of the FSB statement led some bloggers to speculate that its release had deliberately been timed to coincide with the session.

The FSB concluded its statement on the latest incident by saying it had recently registered multiple attempts by US intelligence to recruit agents from among Russian law enforcement and special services.

The FSB released photographs of the detention, including pictures of the man identified as Fogle, his IDs, two floppy wigs, three pairs of glasses, a map of Moscow and a folding knife.