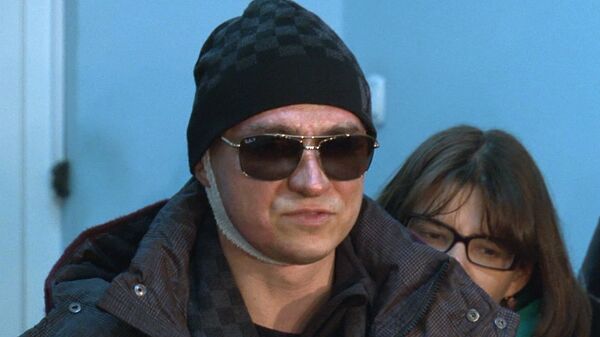 “The results of the medical examination indicate that the victim suffered serious harm to his health,” a police spokesman told reporters.

The conclusion may have an impact on the sentence given to the three suspects in the attack if they are found guilty, as the charges of serious bodily harm against them carry a maximum of eight years in prison.

A masked assailant threw concentrated acid into Filin's face on January 17 in Moscow and fled the scene, leaving the artistic director for the theater’s ballet division with third-degree burns to his face and eyes. Filin is currently undergoing treatment in Germany with good chances of recovering his vision.

Three men were arrested in March in connection with the attack, including the theater’s star solo dancer Pavel Dmitrichenko, who the police suspect of masterminding the attack.

Dmitrichenko, 29, confessed to police he had organized the attack, but said he did not know the perpetrator planned to use acid. The assault was reportedly motivated by Dmitrichenko's desire to avenge his girlfriend, a fellow dancer who had not been selected by Filin for key roles in the theater's productions.

Dmitrichenko’s lawyer Violetta Volkova said on Monday the defense would appeal the forensics conclusion as there were flaws in the medical examination of the victim.

“At least two violations were committed during the examination,” Volkova said. “I know about them, though I haven’t seen the documents yet.”