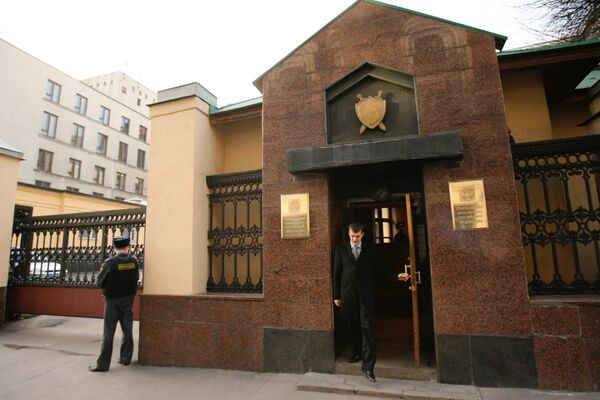 The latest in a series of NGOs to be listed as foreign agents are the Moscow School of Political Studies, the Urals human rights group and the Public Verdict human rights foundation.

“We have discovered three organizations, which within the period from December last year and until February and March this year received considerable sums of money from foreign sources, first of all from US sources,” the daily cited a source in the Prosecutor General’s Office.

Russia passed a law last November requiring all NGOs engaged in political activity, and receiving finance from abroad, to register as a "foreign agent." That term has overtones of spying and indeed treason to many Russians.

According to prosecutors, the Moscow School of Political Studies received from abroad 12.8 million rubles ($411.600) including 7.3 million rubles ($235,000) from the US-based Open Society Foundations, also known as George Soros foundation.

When the new NGO law was passed, the government insisted it was necessary to disclose foreign funding in order to stop external meddling in Russia's political affairs. NGOs maintained the law was likely to be misused to put unfair pressure on their activity, and would be used indiscriminately against groups not directly involved in politics.

Russia's Golos Association, an independent election monitoring NGO, said last month it would probably have to close, after the organization was fined 300,000 rubles (around $10,000) for failing to register as a "foreign agent."

Golos was the first NGO to face administrative charges following the introduction of the new NGO law.

President Vladimir Putin said earlier this month that Russian NGOs received almost $1 billion in foreign funding in 2013, though the Kremlin has so far failed to name these groups when requested to do so by several prominent NGOs.