Trendwatcher: The An-2 plane: lost and found in the Urals

© RIA Novosti
Subscribe
“The mystery of the An-2 plane missing for nearly a year in Russia appears to be solved.” “Plane found in remote part of the Urals. Bodies found. No aliens or yetis appear to have been involved.”

“The mystery of the An-2 plane missing for nearly a year in Russia appears to be solved.” “Plane found in remote part of the Urals. Bodies found. No aliens or yetis appear to have been involved.”

Little did I know that these two innocent tweets of mine, posted on May 5, the day it was announced that the plane had been found, were about to lead me, however briefly, down a rabbit hole.

In case you haven’t heard about it, the Antonov An-2 (the famous Oleg Antonov, a Soviet aircraft designer, sadly appears to bear no close relation to yours truly) went missing in the Sverdlovsk Region last year.

Thirteen people were on board. The plane was carrying officials from the town of Serov and their friends. It did not have permission to take to the air.

In an earlier column of mine, I linked the disappearance of the An-2 to other creepy happenings in the Urals. It’s a vast, wild territory we are talking about. When planes and people go missing, they are not always found quickly – and some are not found at all.

The An-2 stood an especially good chance of disappearing for a good long while. We are talking about a small plane here – the An-2 model is nicknamed “kukuruznik” (from the Russian word for “corn”), as it was designed primarily for use in forestry and agriculture.

Now that it has been found in a swamp by a couple of hunters, we can rest assured that what happened was a simple accident. Or can we?

After joking about possible conspiracy theories surrounding the An-2 on Twitter, I was immediately set upon by a troll who accused me of “possibly feeding into a government cover-up.” 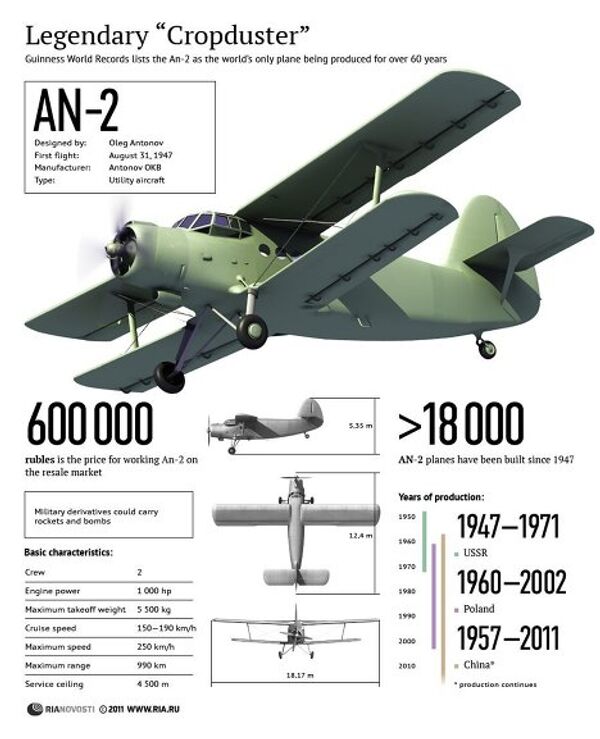 “Why are you acting so amused about the possibility of a conspiracy?” this person wrote me angrily. “That seems suspicious! Almost as if there is, in fact, a conspiracy!”

The logic is impeccable. If you joke about the possibility of Lizard People secretly working to take over Planet Earth (if they haven’t done so already), then you are probably a Lizard Person yourself. If you write about the banality of yet another air crash in Russia with a tinge of dark humor – then clearly you know more than you are letting on.

I suppose the idea of the An-2 being roundhouse-kicked out of the air by government-trained ninjas, or whatever, is comforting in its own way. It means that we don’t have to contend with the abysmal state of the Russian aviation sector.

We don’t have to think about the fact that in March of this year, another An-2 crashed in the Krasnodar region, killing one person and injuring another.

In other words, we don’t have to deal with reality.

Air crashes will happen seemingly under the best circumstances. I think about this every time I get on a plane (in case you haven’t noticed, I am fairly morbid). But everything about the situation with the An-2 was wrong from the start.

Of course, the discovery of the plane won’t kick-start any new conversations on how to stop all of these planes from falling out of the sky. In Russia, these disasters are largely written off as inevitable. The passengers of the plane did not get much sympathy in the press or anywhere else – after all, they should have known better.

The devil-may-care attitude that was highlighted when the An-2 went missing did not arise in a vacuum. It’s just too hard to think about that – as opposed to thinking about how a witch may have been caught in the propeller, or something.

I had nothing to say to my troll about any of this. Trolling, after all, precludes actual conversation. The troll, therefore, triumphantly concluded that I was “too scared to answer [him]” and went along on his merry way.

Trendwatching in Russia is an extreme sport: if you’re not dodging champagne corks at weddings, you’re busy avoiding getting trampled by spike heels on public transportation. Thankfully, due to an amazing combination of masochism and bravado, I will do it for you while you read all about it from the safety of your living room.

Natalia Antonova is the acting editor-in-chief of The Moscow News. She also works as a playwright – her work has been featured at the Lyubimovka Festival in Moscow and Gogolfest in Kiev, Ukraine. She was born in Ukraine, but spent most of her life in the United States. She graduated from Duke University, where she majored in English and Slavic Literature. Before coming to Moscow, she worked in Dubai, UAE and Amman, Jordan. Her writing has been featured in The Guardian, Foreign Policy, Russia Profile, AlterNet, et al.

Trendwatcher: The Belgorod Massacre: ‘I Was Shooting at Hell’

Trendwatcher: Boston and Moscow: a tale of two police forces

Trendwatcher: Russia and United States Wage War of the Lists

Trendwatcher: When Being a Middle-Aged Russian Man Is a Death Sentence

Trendwatcher: Of Blonds, Corruption and Poetry