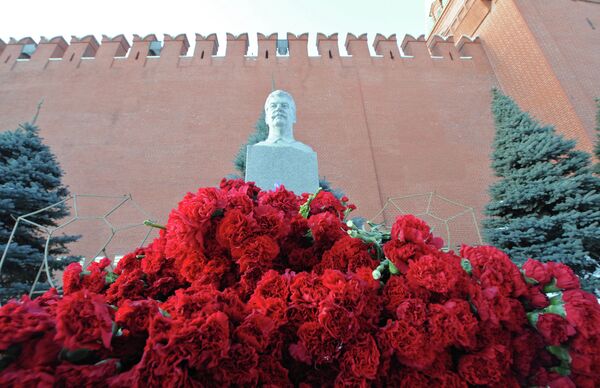 “Stalinism is connected to the cult of personality, massive legal abuses, repressions and [labor] camps. There are no such things in Russia, and I hope they will never happen again,” Putin said when asked by Ekho Moskvy radio's chief editor, Alexei Venediktov, about “overtones of Stalinism” during this first year of Putin's third presidential term.

Putin insisted, nevertheless, there should be “order and discipline” in the country, referring to the imprisonment of the all-female Pussy Riot punk band and a string of probes into opposition political activists cited by Venediktov. Those people were jailed “not for their political views” but for “legal violations,” Putin said.

Opposition campaigners compare what they claim is a recent crackdown on critics of the Kremlin to Stalin-era purges. Putin maintains a recent NGO law and checks made recently on NGOs are necessary to show where their funding comes from.

Putin's critics have accused him of fostering a personality cult among the population, a charge he specifically denied in 2010 in an interview with French television. His supporters say he remains by far the most popular politician in the country.