N. Korea Slams US Offer of Dialogue as Deception

North Korea accused the United States on Tuesday of attempting to mislead the public by suggesting the possibility of a dialogue between the two countries, the Yonhap news agency reported.

SEOUL, April 16 (RIA Novosti) – North Korea accused the United States on Tuesday of attempting to mislead the public by suggesting the possibility of a dialogue between the two countries, the Yonhap news agency reported.

“Broaching the idea of a dialogue is the ultimate deception and an attempt to mislead the world," Yonhap cited a statement by North Korea’s Foreign Ministry as saying.

According to the statement, a dialogue with Washington would be possible only when North Korea is certain that it could “stave off the US nuclear threat.”

“We are not opposed to a dialogue, but we won't bear the humiliation of sitting at a table with a counterpart that brandishes 'nuke clubs' at us,” the document said.

Pyongyang’s reaction comes as a response to remarks by US Secretary of State John Kerry during his recent visit to Seoul, where he warned North Korea against proceeding with a planned ballistic missile test, but also said that Washington was open to negotiations with Pyongyang if the communist regime returns to its previous commitments on denuclearization.

"Unless the United States stops its nuke war drills and withdraws its aggressive weapons, we'll continue to beef up our level of military defense," North Korea reiterated. 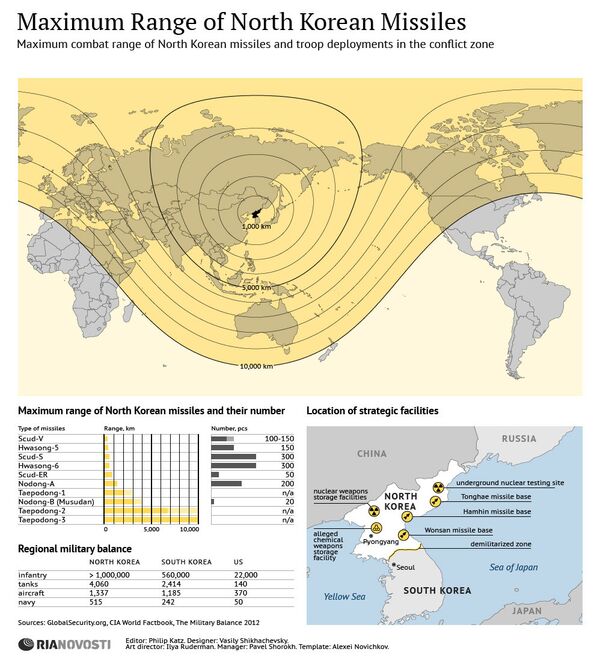 Tensions rose sharply on the Korean Peninsula in December after North Korea tested a long-range Taepodong 2 missile, and again in February when it carried out its third nuclear test.

The UN responded with sanctions. The start of joint military exercises between South Korea and the United States last month further irritated the North, which threatened to carry out a nuclear attack on the US mainland, as well as on US forces in the region.