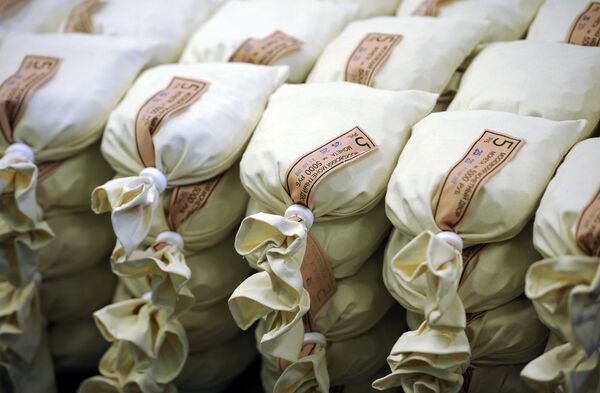 A dog from the small village of Budochka in Belarus inherited almost $1 million from a US citizen of Belarusian origin, local Respublika daily reported.

MINSK, March 31 (RIA Novosti) - A dog from the small village of Budochka in Belarus inherited almost $1 million from a US citizen of Belarusian origin, local Respublika daily reported.

The ten-year-old dog by the name of Zhulik (Swindler) inherited the fortune from the late John Fyodorov, who was born in Budochka but emigrated to the United States after World War II.

According to Zhulik’s owner Vasily Potapov, Fyodorov visited the small village in Belarus in 2007 and said the dog reminded him of his dog Valet, who died in the 1950s.

When Valet fell ill and Fyodorov had to decide between expensive surgery for the dog and buying a ticket to Sacramento, Fyodorov chose the latter. The dog died and Fyodorov reportedly could not forgive himself for the death of his best friend.

Maria Protasenya, a lawyer from Minsk, confirmed that a special bank account had been opened for the dog and that it currently boasts $993,700.

According to Fyodorov’s last will, the dog now has its own room with a large bed and plasma TV, balanced meals - which must include no less than half a kilogram of meat - three times a day, and walks in the fresh air and showers twice a day.

Zhulik also has the right to travel once a year to any country around the globe, which the dog will choose by pointing its muzzle at a place on a map.

The dog is due to take its first trip in July, and Zhulik’s owner Potapov said he hoped his pet would point its muzzle at Paris.