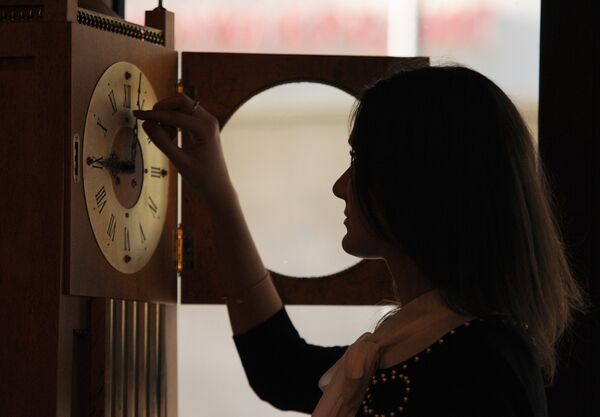 Russia’s Supreme Court rejected on Tuesday an appeal to scrap the year-round summer time pattern established by the government in 2011, a RIA Novosti correspondent reported from the courtroom.

MOSCOW, March 26 (RIA Novosti) – Russia’s Supreme Court rejected on Tuesday an appeal to scrap the year-round summer time pattern established by the government in 2011, a RIA Novosti correspondent reported from the courtroom.

The complaint had been filed by the League for Defense of Patients, which claimed the government's decision does not comply with Russian and international laws and negatively affects citizens' lives, health and recreation habits.

Government officials and a state prosecutor, who attended the court session, asked the judges to reject the complaint as ungrounded.

Alexander Saversky, head of the League for Defense of Patients, said after the court session that he and his colleagues would appeal the Supreme Court’s decision.

“I simply tried to defend the right of citizens and children to normal sleep,” the plaintiff said.

The Federal Law on the Computation of Time, which cancels the daylight savings time, came into force in Russia on June 9, 2011.

The law sets the rules for calculating the calendar date and time and introduces the notion of a “time zone” – a segment of national territory with unified time. Moscow time is the basis for setting the time in other Russian time zones.

The number of time zones in Russia was reduced to nine from 11 in March 2010 as part of Russia's time zone reform initiated in November 2009.

The first recorded time change in Russia was in 1917. Since then, the country has seen several time change reforms. Russia has observed daylight saving time since 1981.

The decision to switch to "permanent summer time" was made after studies showed that daylight saving puts unnecessary strain on public health, the government claimed at the time.