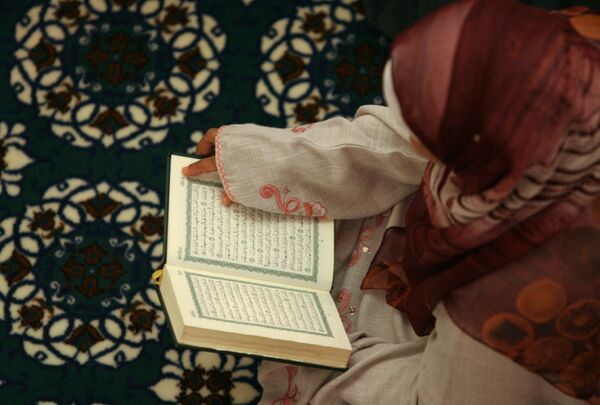 Russian prosecutors said Monday they are looking into the alleged expulsion of a female student from a Siberian university over her hijab.

KRASNOYARSK, March 25 (RIA Novosti) – Russian prosecutors said Monday they are looking into the alleged expulsion of a female student from a Siberian university over her hijab.

Last week, a local TV station in the city of Krasnoyarsk reported that an unnamed third-year student from Muslim-populated Dagestan had been expelled from the city’s medical school for wearing a headscarf.

“After the TV report [about the incident] was broadcast, the Krasnoyarsk district prosecutors launched a probe to check the legitimacy of the expulsion,” local prosecutor’s aid Yelena Pimonenko told RIA Novosti on Monday.

Krasnoyarsk State Medical University confirmed that one of its students had been expelled for “violating internal regulations,” but declined to specify which rules.

According to the school’s rules issued in early February and published on its web site, students are forbidden from entering university premises in “items of clothing that stress their religious affiliation,” as well as headwear (except for medical items), beach wear and outer clothing.

The debate over hijabs in Russian schools ignited last October in the southern region of Stavropol, where a local school barred several Muslim girls from attending school wearing headscarves.

The region’s authorities went on to impose a blanket ban on headscarves at local educational facilities. Last week a Stavropol court ruled against overturning the ban, which had been appealed by four residents of the region.

An estimated 7 percent of Russians are adherents of Islam, and the country’s North Caucasus region is predominantly Muslim.