Ex-Banker Sentenced to 7.5 Years in Prison for Fraud 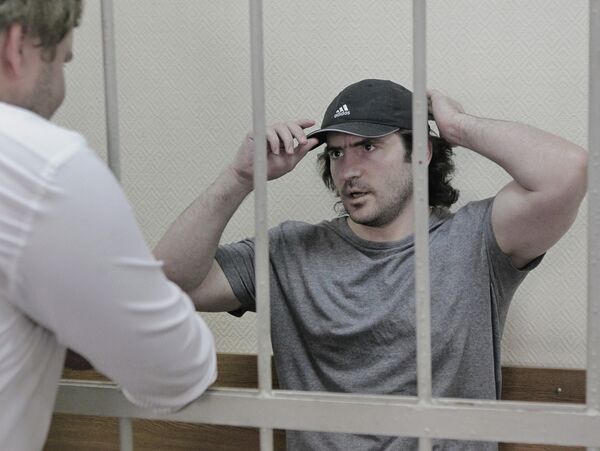 © RIA Novosti . Andrei Stenin
/
Go to the mediabank
Subscribe
International
India
Africa
A Russian court found a former banker guilty on Friday of fraud worth 16 billion rubles ($517 million) and has sentenced him to 7.5 years in jail.

MOSCOW, March 22 (RIA Novosti) – A Russian court found a former banker guilty on Friday of fraud worth 16 billion rubles ($517 million) and has sentenced him to 7.5 years in jail.

The Prosecutor General’s Office said Matvey Urin ran several financial and industrial enterprises and was a member of an organized criminal group involved in transaction frauds.

Little known outside banking circles, Urin gained notoriety in 2010 after being linked by reporters and bloggers with a brutal road rage attack on a man rumored to be President Vladimir Putin’s son-in-law. A spokesman for Putin has denied the rumor.

Prosecutors say that in 2009-2010, Urin and his criminal associates created sham banks and issued securities that they later sold to financial institutions.

The funds were transferred onto the accounts of fly-by-night companies, prosecutors said in a statement.

Urin has earlier been found guilty of hooliganism, battery and property damage for ordering his bodyguards to assault Dutch national and Gazprom executive Jorrit Faassen after a trivial motoring incident in November 2010.

The severity of the treatment meted out to Urin served to kindle speculation about links between Faassen and Putin.

Faassen has been rumored to be close to one of Putin’s daughters, with some media speculating that he might be her husband.

Putin’s press secretary Dmitry Peskov has denied these rumors, while in a televised interview three months after the incident, Putin would not confirm that any of his daughters is married.
Newsfeed
0
Access to the chat has been blocked for violating the rules . You will be able to participate again through:∞. If you do not agree with the blocking, please use the feedback form
The discussion is closed. You can participate in the discussion within 24 hours after the publication of the article.
To participate in the discussion
log in or register
loader
Chats
Заголовок открываемого материала