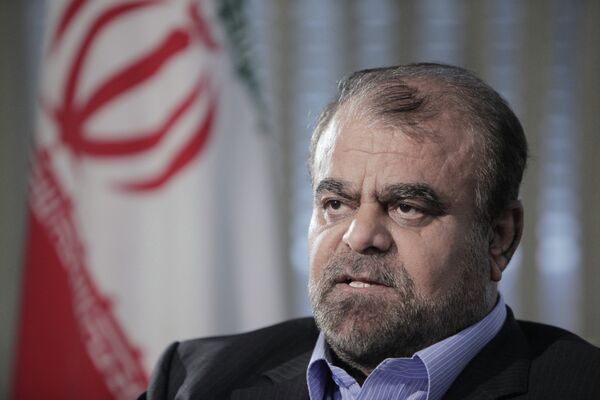 Qasemi, who met with his Iraqi counterpart Abdul Kareem al-Luaibi in Baghdad, said the agreement on Iranian gas supplies to Iraq had “reached the stage of final signing.”

“The launch of gas exports will proceed by stages, First, gas will start to be supplied to Baghdad and then, within another three months, to Basra,” official news agency IRNA quoted Qasemi as saying.

Iraq is expected to consume about 20-25 million cubic meters of Iranian gas per day.

Iran, which has the world's second largest natural gas reserves after Russia, is also close to signing an agreement on gas supplies to Syria via Iraq, Qasemi said.

“The signing of this agreement will take place in Tehran with the participation of representatives from the three countries,” the Iranian oil minister said.

In the summer of 2010, Iran, Iraq and Syria signed a memorandum of understanding on building a gas pipeline across the territory of the three countries. The project to build the gas pipeline, dubbed “Islamic Gas,” is estimated at $10 billion.

The 56-inch pipeline will run from Assaluyeh near the South Pars gas field in southern Iran.

Some volumes of gas will be supplied to Lebanon and Jordan through the Arabian gas transportation system. Iran also has plans to start liquefied natural gas supplies to Europe via Syria’s Mediterranean ports.