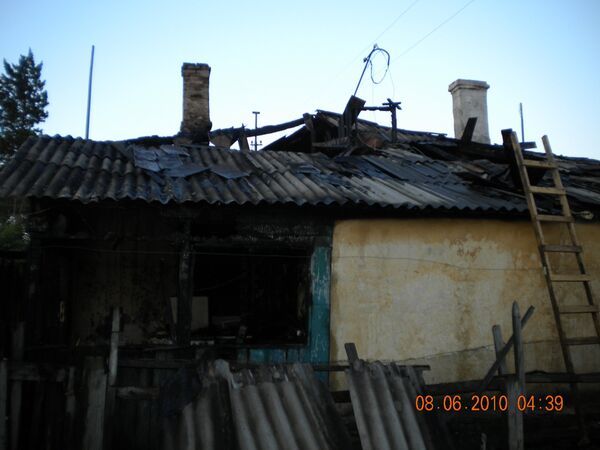 Five people, including three children, were killed in a fire that broke out in a private house in the Chelyabinsk Region in the Urals, the Russian Emergencies Ministry reported on Sunday.

MOSCOW, March 3 (RIA Novosti) – Five people, including three children, were killed in a fire that broke out in a private house in the Chelyabinsk Region in the Urals, the Russian Emergencies Ministry reported on Sunday.

The blaze erupted in a one-storey private house in the city of Kartaly early on Sunday, engulfing an area of 50 square meters. It took the firefighters an hour and a half to put out the fire.

The cause of the fire is being investigated.

In a separate episode, firefighters evacuated 17 people from a residential building that was swept by fire early on Sunday in the Kostroma Region in central Russia while the fate of two residents is unknown.

The fire started in a two-storey wooden house in the village of Pyshchug.

“According to preliminary data, no one has been killed or injured in the fire. The people from the house swept by the fire have been given temporary accommodation. The location of two missing residents from that house is being established,” the regional emergencies center said.

Negligence, careless smoking and reluctance to comply with fire safety rules are the most frequent causes of residential building fires across Russia. The number of house fires has risen dramatically in the country after the collapse of the Soviet Union.

More than 115,000 fires broke out in Russia in January-September 2012 alone, killing over 7,700 people and causing total damage of over 10 billion rubles ($3.3 billion), according to data of Russia’s Emergencies Ministry.

Fire safety came into the spotlight in Russia in recent years after a number of high-profile blazes. Over 150 people were killed in a fire at a nightclub in the Urals in December 2009.