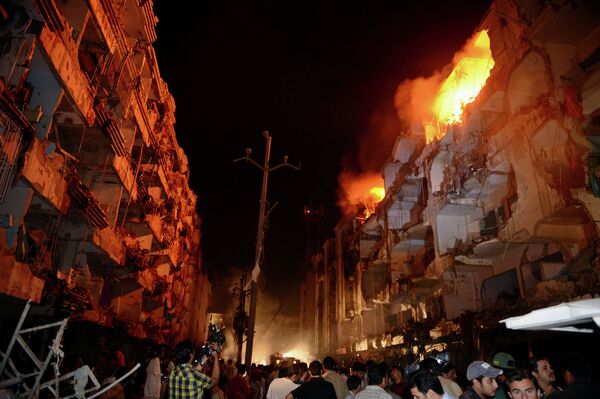 At least 40 people were killed and more than 100 others injured in twin blasts in Pakistan's largest city Karachi on Sunday, local media reported.

The first blast in the mainly Shia Muslim area of Abbas Town was caused by a remote-detonated improvised explosive device (IED) planted in a motorcycle. Shortly after, a more powerful blast went off in a car.

"There were two blasts but it was not clear whether the second was also a bomb," Geo News quoted Inspector General (IG) of Sindh Police Fayyaz Leghari as saying.

The blasts damaged many buildings, dozens of shops and two banks. A fire broke out in some apartment buildings after the explosion. No group has claimed responsibility for the attack.