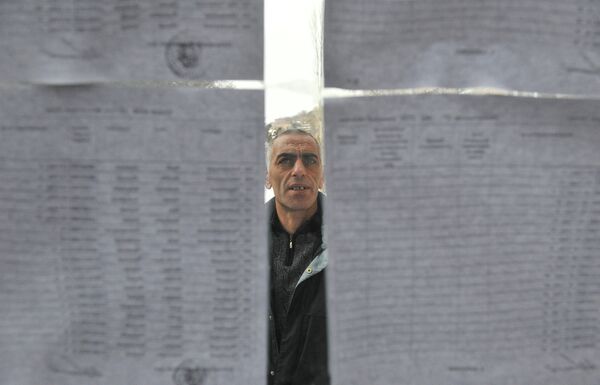 Important democratic freedoms, including the right to campaign freely, were generally respected during the campaign, observers said.

“This election showed improvement, but lacked genuine competition,” said Tonino Picula, head of the OSCE Parliamentary Assembly election observation mission. “We are pleased to note progress on several aspects, but competition is critical if Armenia is going to live up to the aspirations of its people for a vibrant and engaging democracy.”

The campaign was well-administered and important measures of transparency have been implemented, the observers said, adding however there was an unclear distinction between the campaign activities of the incumbent and state structures.

“These included misuse of administrative resources and pressure on public employees to participate in the election and campaign events,” observers said.

The decision by several influential political forces not to field candidates contributed to apathy and lack of trust among voters, according to the observers.

By contrast, an observation mission from the Commonwealth of Independent States (CIS), a loose association of former-Soviet republics, said the election was competitive, open and democratic.

“Some minor irregularities that were spotted could not have affected the overall results of the presidential election” which “fully meets generally recognized international norms and national electoral law,” said Sergei Lebedev, head of the CIS Executive Committee.

Sargsyan won the election with 58.64 percent of the vote, according to the country’s Central Electoral Commission. Tallies from all 1,988 polling stations showed Sargsyan in first place with 861,167 votes (58.64 percent) followed by US-born former Foreign Minister Raffi Hovhannisyan with 539,672 votes (36.75 percent), the Commission said.

Other candidates, including Soviet-era dissident Paruyr Hayrikyan and former Foreign Minister of the self-proclaimed Nagorno-Karabakh Republic, Arman Melikyan, each garnered less than three percent of the vote. Hayrikyan was shot and injured in an apparent assassination attempt in the run-up to the election.

With voter turnout slightly over 60 percent, or 1,518,000 people, the current count guarantees Sargsyan a certain victory in the first round and reelection for a second five-year term in office.

Sargsyan, 59, focused his election campaign on populist promises to fight poverty and unemployment as well as to maintain a tough stance in Armenia's long-running territorial disputes with neighboring Turkey and Azerbaijan.

Hovhannisyan’s party, Heritage, said the election was illegitimate and will appeal the results.

“All forms of falsifications have been used in this election: intimidation, bribery, vote stealing, and the spoiling of ballots,” he said.

The authorities should admit defeat and allow a new Armenia to be created, he said, adding early parliamentary elections should be held and a new coalition government formed.