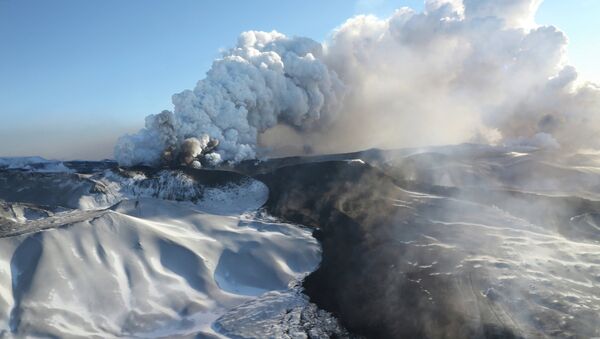 “The lava flow that was approaching the Tolud research site has ceased its movement. It didn’t reach the base due to ground profile,” the observatory said in a statement.

Yaroslav Muravyov, a scientist based at the Tolud volcanologists' research site next to the volcano, said last Wednesday that the lava flow was threatening the camp, but the Emergencies Ministry dismissed the report the following day.

The 3,085-meter Plosky Tolbachik volcano, located 343 kilometers (217 miles) from the region's capital of Petropavlovsk-Kamchatsky, began erupting on November 27 for the first time in 36 years.

Kamchatka is one of the most volcanically-active areas in the world according to UNESCO, with 29 active volcanos.