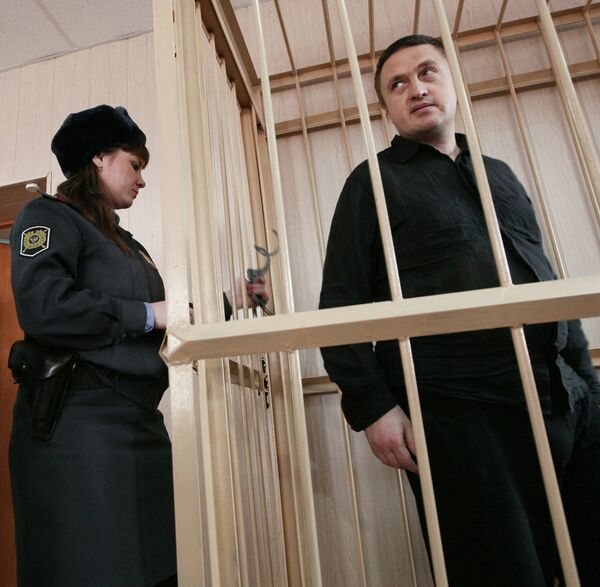 © RIA Novosti . Maya Shelkovnikova
/
Go to the mediabank
Subscribe
International
India
Africa
The leader and founder of one of Russia’s largest religious cults was sentenced on Thursday to 11 years in prison by a Siberian court for sex abuse against his followers.

NOVOSIBIRSK, February 7 (RIA Novosti) - The leader and founder of one of Russia’s largest religious cults was sentenced on Thursday to 11 years in prison by a Siberian court for sex abuse against his followers.

Ashram Shambala leader Konstantin Rudnev, who started his cult back in 1989, was convicted in a closed trial of rape, sexual assault, drug trafficking and creating a religious organization infringing on people's personalities and rights.

Russian media reports put the number of his followers at around 30,000, but only 16 of them were prosecution witnesses at the trial. His sprawling network of "ashrams," or small communities living in the same house or apartment, had branches in more than 20 major Russian cities, as well as Denmark, Greece and Ukraine.

His teachings, taken from several religions, as well as yoga and dogma from esoteric and pagan cults, was enshrined in his book titled "The Way of a Fool," which rejected traditional lifestyle choices such as having a family, bearing children, studying and working.

Video records found by investigators showed some Ashram Shambala followers had been subjected to violence and sexual abuse.

Rudnev’s cult members often lost their money and property and abandoned their relatives and friends, and many of them were reported missing. The mother of one follower told reporters in court that her son took up yoga classes with one of the sect’s groups when he was 15, but left home three years later to join Rudnev’s community. He is still missing.

Rudnev, who pleaded not guilty, said on Thursday he plans to appeal.

“We think the verdict announced today was not very objective,” his lawyer Alexander Nizhinsky said after the trial.

Rudnev was only detained in September 2010, despite earlier attempts to bring him to justice. Investigators looked into the sect’s activities in 1999, 2004 and 2008, but criminal cases against the group were dropped, as its members refused to testify against Rudnev.

In 2004, a psychological commission found him criminally insane and he was placed in a mental hospital, but later escaped.

Russia has seen many cults emerge with the growth in religious freedom since the end of the Soviet Union. The Japan-based Aum Shinrikyo group, which poisoned thousands with a nerve gas attack on the Tokyo subway in 1995, had 35,000 members in Russia at its peak, according to the US Dpeartment of Homeland Security's START study center.

(headline and lead changed to replace the word "sect" with "cult")