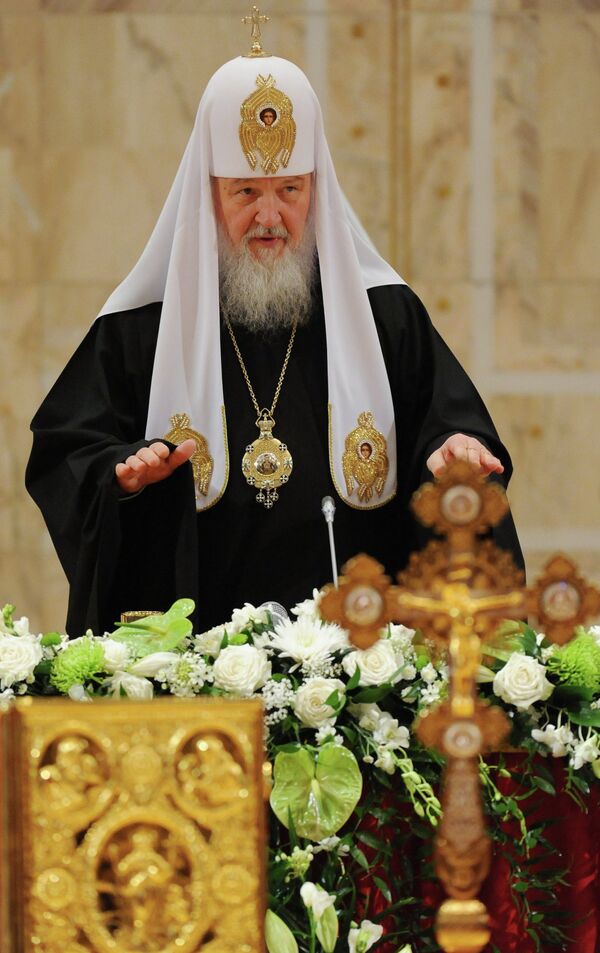 “The law must protect not only symbols of secular importance, but also objects with sacred meaning for the believers and guard their religious feelings from insults,” Kirill said on Saturday, addressing the Orthodox clergy.

In August, three women of the all-female Pussy Riot band were convicted on "hooliganism motivated by religious hatred" charges for performing an anti-Kremlin “punk prayer” at Moscow's Christ the Savior Cathedral, Russia’s main Orthodox cathedral, last February. One of them got a suspended two-year sentence, while the rest were sentenced to two years in prison. The punishment was condemned by observers as excessively harsh. None of them pleaded guilty.

In his Saturday remarks Kirill once again defended the court’s verdict, saying that forgiveness is possible only when it comes with repentance. Otherwise, more crimes will follow, he said.

A series of vandalism attacks against the Church were carried out during last year, including painted offensive notes on cathedrals and several chain-sawed crosses across the country, what prompted Russian lawmakers to initiate a bill introducing criminal prosecution for wrongdoings that insult religious feelings. Last month the bill was shelved amid criticism from human rights campaigners.