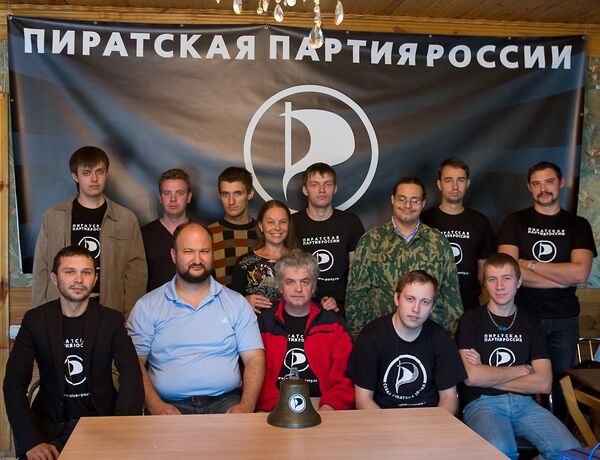 Russia’s Justice Ministry denied registration to the country’s Pirate Party over gripes with its allegedly misleading title, the party said on Monday.

Piracy is defined in Russia’s Criminal Code as maritime or riverside robbery, the ministry said in its refusal note.

The title “Pirate Party” thus fails to match the party’s goals of promoting e-democracy, the freedom of information and the protection of personal privacy, the ministry said in a note dated Dec. 29, published on the unregistered party’s website.

The ministry also cited 12 procedural violations in the party’s charter, though chief pirate Pavel Rassudov said the complaints were “unfounded, to put it mildly.”

“If the decision is judicially flawed, it means it is politically motivated,” Rassudov told RIA Novosti.

“They’re worried about us because we cannot be controlled,” said Rassudov, whose party reportedly operates on a monthly budget of 6,000 rubles ($200) and a dedicated grassroots effort.

The party, founded in 2009 but still without registration that would allow it to go to the polls, said it would appeal the decision in Russian courts and in the European Court of Human Rights.

The ministry reportedly cited the title’s maritime robbery connotations in 2011, when it threw out the first registration request by the party, one of 40-plus such political organizations worldwide.

Russia’s rules for party registration were radically liberalized following the start of the anti-Kremlin protests in 2011. The number of political parties went up from seven to 54 over 2012, though the opposition said the revised legislation still contains enough red tape to allow the government to deny registration to unwanted parties.

The Justice Ministry has a track record of giving mind-boggling reasons for refusing to register parties. A particular highlight came last September during the leftist Rot Front’s seventh unsuccessful attempt to obtain the coveted place on the official register: the ministry said then that the party’s emblem, an upraised fist superimposed over a five-pointed star, promoted extremism.