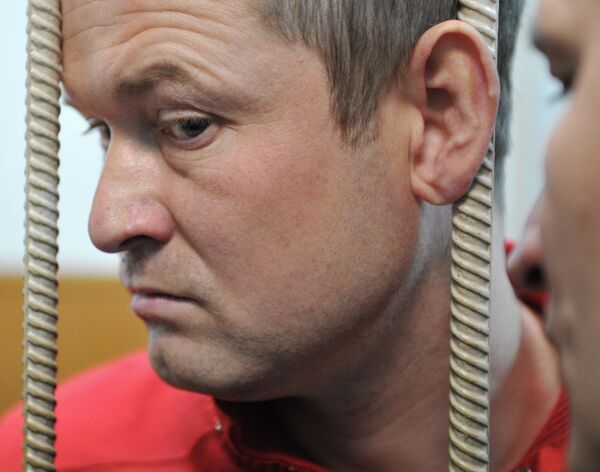 Razvozzhayev, 39, was transferred to a detention facility in Angarsk, Irkutsk Region, on Sunday to face trial into an armed robbery that took place in 1997. He earlier wrote a statement that he “agrees to the closure of a criminal case” in which the statute of limitations has expired.

Lawyer Dmitry Agranovsky said Razvozzhayev suffered a heart attack just as he found that he would be sent to Irkutsk. “Fearing what would happen to him [in Siberia], he was forced to write the statement,” he said.

Razvozzhayev has been placed in a detention facility with an area of 13 square meters together with two other inmates. “He has not complained about his health and is in a good mood,” said Oleg Safronov, who chairs a local committee on control over human rights of inmates in jails.

The jailed Russian opposition activist is a suspect in three criminal cases.

In October, Razvozzhayev was charged with plotting to destabilize Russia in a bid to overthrow President Putin. The charges were based on grainy, low-quality footage in a documentary aired by the NTV television channel.

In November, Razvozzhayev was charged with robbing an Angarsk businessman of 500 fur hats and video cameras in 1997. He is also facing charges of illegally crossing Russia's border with Ukraine to evade prosecution.