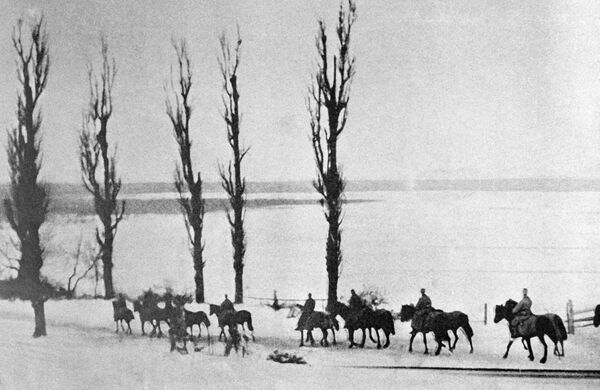 © RIA Novosti
/
Go to the mediabank
Subscribe
International
India
Africa
August 1 will be the date on which, each year, Russia remembers its soldiers who fell during the First World War, the Kremlin Press Service announced on Monday.

MOSCOW, December 31 (RIA Novosti) - August 1 will be the date on which, each year, Russia remembers its soldiers who fell during the First World War, the Kremlin Press Service announced on Monday.

“The following changes are introduced to the Federal Law on Days of Military Glory and Remembrance Days in Russia, adding the date of August 1 as a Day of Remembrance for the Russian soldiers who fell in the First World War of 1914-1918,” the press release says.

President Putin suggested creating a memorial to the Russian soldiers who fought in World War I (WWI) during his state of the nation address of December 12.

Allied to Britain and France in WWI, Russia is thought to have lost about 1.5 million soldiers at the front, with about 5 million wounded – according to the history site firstworldwar.com, although some historians question these figures.

Russia’s participation in WWI was downplayed in the Soviet Union, largely due to the Bolshevik view of it as an “imperialist war” that paved the way for revolution.

Speaking with young Russians at the Seliger youth camp in July 2013, President Putin raised the issue of Russia's role in WWI, and blamed the Bolsheviks for how Russia left the war. "It is also known that the Bolsheviks wished for the defeat of their own nation in World War I. And overall, I must say that their input in Russia’s defeat was commensurate."

"This was an astonishing situation, wherein Germany surrendered to the Allies, but Russia lost to the defeated nation, Germany, and with such grave consequences – losing enormous territories and suffering other truly severe ramifications. This is truly a unique large-scale example of national treachery!" Putin said.

(Updated at 13:19 with President Putin's comments)